Report: firms must build profile to capture the 70% of consumers without a local lawyer 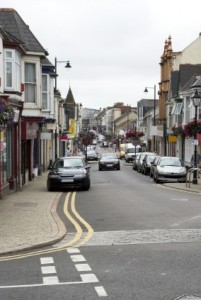 High street law firms need to do more to build their local profile to capture the 70% of people who say they do not have a local lawyer they could call on if needed, a new report has concluded.

The research also found pessimism among sole practitioners, with 87% fearing for the future of their practices, largely because of alternative business structures (ABSs). A fifth believe their businesses have already suffered as a result of the Legal Services Act.

Many of these firms may be disappearing from the high street anyway, as 83% of solos reported that they did not have a succession plan.

The report on the future of small law firms – produced by comparison website LawyerLocator.co.uk and featuring surveys with 2,052 members of the public and 150 sole practitioners – found that consumers are primarily looking for lawyers who posses specialist knowledge, and are approachable and able to explain the issues involved (both cited by 60% of consumers). Cost came next (49%), while ease of getting in touch (29%), proximity to the consumer’s home or work (28%) and “knows my personal history” (23%) were also significant factors.

“Our research has revealed that consumers value legal services that are personal and delivered by a trusted, specialist adviser – qualities that services provided by call centre-based and outsourced legal operations will struggle to offer,” said Rob Farquharson, director of LawyerLocator. “Consumers will always have access to legal advice, but their access to justice will depend on whether they continue to have the opportunity to receive expert advice and a choice of where that advice comes from. The quality and integrity of which may be threatened with the demise of the local lawyer.”

However, he argued that local solicitors need to make themselves visible and “recapture their traditional position in their communities, if they are to compete with ‘Tesco Law’”.

According to the sole practitioners’ survey, many local law firms are adapting. Over the last ten years, 85% have invested in IT/automation, 47% have developed an online element to their practice delivery, enabling clients to log on and track the progress of their matter, 45% have trained in new practice areas, and 37% have changed their working hours.

The report suggests that small firms need to consider upfront fixed fees, rather than hourly billing, as well as providing free initial advice.

More than half of consumers surveyed considered a recommendation from friends or family when choosing a lawyer, 22% went to a local solicitor’s office, 4% used a telephone directory, 3% saw an advertisement and just 1% used a search engine, a figure that is out of kilter with other similar surveys, which have found the Internet an increasingly influential way for the public to find lawyers.

One sole practitioner interviewed for the report, Nigel George of George & Co, suggested that one of the greatest barriers to change among solicitors is “old-fashioned snobbery” about the law being a profession, not a business. He said: “At the end of the day, it’s like any other business. You either make a good product and people buy it, or you end up like British Leyland. I think far too much of the English legal profession is more like British Leyland than BMW.”

The survey findings contradict recent Law Society research which found confidence among high street solicitors that their local reputations would be enough to ward off the ABS threat (see story).