Record number of solicitors struck off 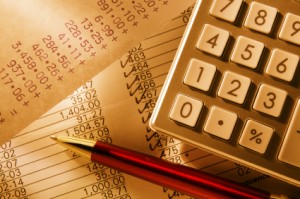 Accounts: rule breaches make up a third of allegations

There has been a 47% jump in the number of solicitors struck off and the figure is now at its highest for over a decade, the Solicitors Disciplinary Tribunal (SDT) has revealed.

Some 84 solicitors were removed from the roll in the year to 30 April 2010, compared to 57 in the previous 12 months. It is the highest number since at least 1999, which is the furthest back Legal Futures has been able to trace.

Two-thirds of allegations substantiated against solicitors were either accounts rules breaches (33%) or other breaches of the Code of Conduct (34%). Failures – such as to pay counsel’s fees or provide costs information – accounted for 17% of allegations. There was a slight increase in findings of dishonesty and/or a failure to exercise probity, integrity and trustworthiness, found in 21% of cases, up from 19% in 2008/9.

Examples of conduct which led to a striking-off included: dishonestly misappropriating clients’ money; criminal convictions; charging success fees in circumstances where the tribunal found it was improper to do so; grossly misleading clients; failing to discharge professional duties honestly and reliably.

Implementation of the Legal Services Act has changed the way the SDT is funded. A company limited by guarantee, Solicitors Disciplinary Tribunal Administration Ltd, is now responsible for administration of the SDT, including setting its budget. The budget is approved by the Legal Services Board, which then requires the Law Society to pay it. The SDT’s 2010 budget is £2.3 million – approximately £19.50 per solicitor – up from £1.9 million in 2009. The rise is attributable to higher staff costs and higher remuneration and expenses for SDT members, following the recruitment of 17 new members.