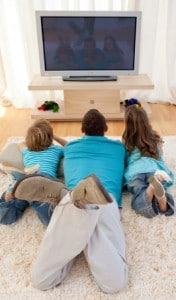 QualitySolicitors (QS) experienced an “unbelievable spike” in web traffic and calls following its primetime television advert last week, even though it was aimed more at brand awareness than direct response, founder Craig Holt has reported.

In a lengthy response to issues raised by posters on this website, Mr Holt also explained that the way in which QS is structured and the nature of the agreement between branded firm and QS “make the notion of ‘selling’ the brand” to a big retailer “virtually impossible”.

QS is a limited company of which the member firms are not shareholders, “as this would conflict with our policy of removing firms who do not perform to an acceptable standard judged by client feedback”. The firms involved essentially buy a franchise, the fee for which is paying for the marketing. “The firms have a degree of ownership in practice in so far as the licence for their area granted to them is irrevocable save for circumstances in which their service levels drop below an acceptable level,” he said.

Mr Holt argued that “brands exist and succeed anywhere we need to make a choice – of which in the legal market there is too much choice between local law firms who invariably provide little means to differentiate themselves”. He continued: “Likewise the concept that the service has to be the ‘same’ for a brand to succeed is a myth. The commonality can be limited to providing an excellent service – that doesn’t mean it has to be identikit. Even within a law firm, the service is very different from lawyer to lawyer as so much of legal services is personality driven. What we can have as a national brand are certain core values, client promises and innovations.”

To read the posting in full, click here and scroll down to the comments.