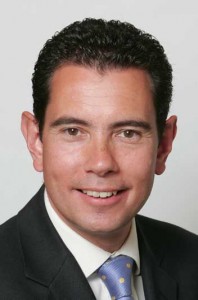 Holland: claims deterioriation across the profession

The escalating cost of professional indemnity insurance (PII) may mean the total premium pot for solicitors approaches £300m this year, the first time it will have exceeded the last contribution to the Solicitors Indemnity Fund, a leading broker has predicted.

The news comes as a report on PII commissioned by the Solicitors Regulation Authority (SRA) recommended a range of reforms to the scheme, including removing the minimum terms and conditions (MTC) in relation to commercial clients, ending the single renewal date and no longer requiring insurers to cover firms that have not paid their premiums.

Steve Holland, executive director at Lockton, said the increasing cost of the assigned risks pool (ARP) and “claims deterioration across the profession” were responsible for upwardly spiralling premiums – last year the premium take was £246m for the compulsory layer of insurance, just under the £256m collected in the fund’s last year in 1999. “Law firms involved in property work will have borne the brunt of the rating increases this year, as will firms that undertake commercial work, whether non-contentious or litigious,” he said. “However, the major driving factor determining an underwriter’s rates is the firm’s own claims history and that of any firm to which it has become a successor.”

It is problems with the ARP that largely persuaded the SRA to put in train a “root and branch” review of the system of client financial protection arrangements. To inform that, it commissioned consultants Charles River Associates (CRA) to research and review the current position.

CRA said there is “strong evidence” to retain the open market model, rather than moving to a master policy or back to a mutual, such as it being more cost effective and improving risk management. It also said the ARP should be retained as it performs a number of important roles. Among the reforms it recommended were:

The report also suggests other changes to be considered down the line, such as changing the way the ARP is funded (insurers currently pay in proportion to their market share), requiring the last insurer on risk to accept run-off cover, rather than the ARP, and better aligning insurers’ incentives to report firms to the SRA.

As part of its research, Charles River interviewed just 15 lawyers, eight insurers, seven brokers and three lenders, as well as the Legal Services Board, Legal Services Consumer Panel, Office of Fair Trading, representatives from comparable schemes and SRA staff. There was also an external reference group and a roundtable discussion focused on issues of equality and diversity, including representatives of the Black Solicitors Network, Society of Asian Lawyers and the Solicitor Sole Practitioner Group.

The SRA should chart the way forward for PII in December, after which a consultation process will begin with a view to introducing any changes for the 2011 renewal season.