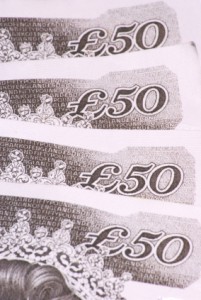 The practising certificate (PC) fee is set to fall by 16.7% in the coming year, it has emerged.

Current indications are that the figure will fall from £428 to £350, with the Solicitors Regulation Authority (SRA) saying it does not anticipate the amount changing significantly when it is finalised in July.

Firm fee contributions – which make up 60% of the amount paid to the Law Society and SRA – are also set to fall, but Solicitors Compensation Fund contributions could rise sharply.

The news comes as the SRA board will tomorrow confirm the 2011/12 fee structure, including provisions that will allow it to amend an alternative business structure’s (ABS) turnover figure – upon which the SRA’s fees will be based – if the authority feels the number does not reflect the true value of the legal services provided.

The move follows a consultation which heard concerns that turnover, particularly in an ABS that is a multi-disciplinary practice (MDP) or is part of a large commercial group offering a range of services, could be manipulated and so should not be the sole factor taken into account.

According to a paper produced for the meeting, in such situations legal services could be offered for free or at less than true value through being bundled with services provided by others in the group or with unregulated services.

Examples cited include a funeral plan purchased through one part of a group which comes with a “free” will, or a new bank account that comes with a package of services, including access to free legal advice.

The paper says: “Further discussion in the office has also identified that income for legal expenses and other insurance companies comes in part from premiums which will fund some of the legal services provided through a subsidiary legal arm.”

As a result, the board will be asked to give the SRA a discretion to determine a turnover figure in such circumstances.

The paper says the pair are worried that many other professions provide unreserved legal advice in their own specialist fields, such as tax advice given by accountants.

“This is the SRA’s current position after discussion with the Legal Services Board’s MDP working party. It may, as suggested by the ICAEW deter certain MDP models, and may have to be re-examined in the light of experience during the first year, but is the SRA’s starting position, and reflects the position in the Handbook.”