Over half of firms have lost or expect to lose work to non-lawyer competitors, says survey 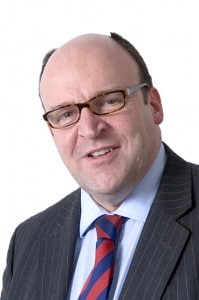 Bull: the one thing lawyers can't afford to do is nothing

Over half of all law firms have either lost business to a non-lawyer competitor or expect to in the future, a new survey from accountants Baker Tilly has revealed.

The survey entitled the ‘Legal Services Act Index’, which was conducted as part of a major new report, Climate Change, on the impact of the Act and alternative business structures (ABSs), found that 29% of firms with 25 partners or fewer had already lost business to a non-lawyer competitor, compared to 12% of larger practices.

However, firms are generally responding cautiously to the threats of new competition. Only 9% of respondents said they would definitely consider having an outside investor – although 51% were open to the idea. Some 7% of firms were planning to incorporate so that they will have a ‘currency’ (ie, shares), while a further 26% are considering it.

Lawyers at larger firms were much more confident that they have a good understanding of the requirements of external investors – 56% against 25% of those at firms of 25 partners or fewer.

Just 13% of respondents said they were “actively pursuing” the option of providing non-legal services via an appropriate non-lawyer partner, although 42% either have or plan to put a new structure in place to allow non-lawyer ownership, a trend more marked among larger firms.

At the same time, 45% of firms have changed their business plan or strategy due to the Legal Services Act, while a further 25% expect to do so. Almost half (49%) of respondents said the Act will have a positive effect on their business, while 18% said it will not.

George Bull, head of tax and professional practices at Baker Tilly, said that with the Coalition government recently confirming its intention to push ahead with ABSs on 6 October 2011, no legal practice in the land can now afford to ignore the potential impact. “The time has come for lawyers to face up to the future. The forces of competition are on the doorstep – and to some extent are already here – and law firms and barristers’ chambers need to take strategic decisions on how they are going to respond,” he said.

He continued: “Our report highlights the key issues facing the legal profession and some of the potential solutions. The one thing lawyers cannot afford to do is nothing.”

Climate Change canvasses views from experts in the legal market and looks at the impact of the Legal Services Act on law firms of all sizes and barristers’ chambers. It also investigates the growth of legal process outsourcing, the nexus with third-party litigation funding, the international reaction to ABSs, and the lessons that can be learned from Australia, where law firms have listed on the stock exchange.

The Legal Services Act Index will be updated regularly to track shifting attitudes towards the reforms. More than 100 solicitors and barristers responded to the first survey which was carried out in May/June 2010.