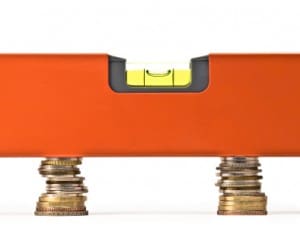 Just 3% of mid-sized and major law firms quizzed by indemnity insurance broker Lockton reported that they were considering or intending to convert to an alternative business structure, the company has revealed to Legal Futures. The firms were asked the question on their proposal forms last year and the company looked at answers from 177 of them.

The Bar Standards Board (BSB) has accelerated the timetable for appointing lay members to replace outgoing barrister members and so bring the board in compliance with the requirement to have a lay majority, Legal Futures can reveal. Advertisements are being placed this month with a view to appointment in July. The new members will shadow the board until 1 January 2012, when they will take on full voting rights and produce a lay majority.

Welcoming the move, Legal Services Board chief executive Chris Kenny said: “In light of this movement, my board has determined not to pursue any formal enforcement action over matters related to the BSB’s compliance with the lay majority internal governance rule.” The Solicitors Regulation Authority will not have a lay majority until 2013.

The Legal Services Consumer Panel has expressed disappointment that the focus of the Solicitors Regulation Authority’s reform of professional indemnity insurance is on adjusting existing arrangements “rather than exploring more radical reform options, such as insurance by activity”.

Though welcoming some of the proposed changes – such as removing the single renewal date – the panel said the indirect consumer impact of excluding financial institutions from compulsory cover also needs to be addressed. “Although banks as consumers may not need this protection, their exclusion could restrict individual choice [by decreasing the range of firms banks allow clients to use] and drive up prices; both possibilities concern the panel,” it said.

The panel also warned that further reforms of the assigned risks pool need to ensure that the consumer protections provided by the pool are maintained.

A property owner’s cause of action in negligence against a firm of solicitors which acted in the fraudulent transfer of her property started from the date of exchange, rather than completion, the High Court has ruled. In Bowling & Co Solicitors v Rose Edehomo [2011] EWHC 393 (Ch), the court said the diminution in the value of the property on exchange constituted a loss.

All female UK lawyers earning over £95,000 believe their male peers earn more than them, according to a survey by recruitment website Twosteps.com. The survey also found that 8% fewer women than men received a bonus in 2010.

The Solicitors Regulation Authority last week launched an online enrolment service for law students, which is the first step towards moving the entire SRA-regulated community to an online registration system. All other professionals able to create their own account from July 2011. The service is the first visible result of the multi-million pound Enabling Programme that is transforming the authority’s IT infrastructure.

Integreon on the up

Legal process outsourcer Integreon has announced record revenue growth for its 2010 fiscal year, achieving a compound annual growth rate of 52% for the last three years. The company said its growth was driven by key customer wins, including the much-reported deal with City firm CMS Cameron McKenna, the legal sector’s largest outsourcing agreement ever, which is due to begin this year.

Other clients wins it has been able to announce are deals with Microsoft for legal support services, south-west law firm Foot Anstey for library and information services and City firm Lewis Silkin for IT project consulting.

Cloud Computing Centre (CCC) has been selected as the preferred supplier of on-premises and hosted IT services for the legal sector by the Solicitors’ Outsourcing Association (SOA), a new industry body. It was founded last year by Martin Read and his business partner Gail Biddulph. The association restricts its membership to organisations that can provide recent references from satisfied firms of solicitors. Hansells, Comptons and Peachey & Co provided references for CCC.

Who is a “regulated professional”?

The Scottish government has launched a consultation on which professions should be regarded as regulated professionals for the purposes of owning licensed legal services providers. Section 49 of the Legal Services (Scotland) Act 2010 requires that qualifying investors (solicitor investors or members of another regulated profession) should have at least a 51% stake of the total ownership or control of the licensed provider. Regulated professionals are to be defined through regulation. To feed into the Law Society of Scotland’s response, solicitors should contact Michael Clancy MichaelClancy@lawsoct.org.uk  or Katie Hay KatieHay@lawscot.org.uk by 31 March. The consultation closes on 11 May and the society is encouraging members to also respond directly to the consultation.