News in brief: Co-op expands legal arm, paralegals on the up and much more 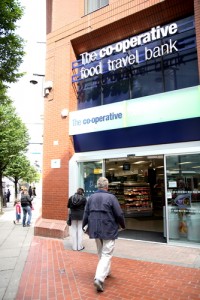 The Co-op: ahead of growth plans for legal arm

The Co-operative Legal Services (CLS) – which is planning to become one of the first alternative business structures (ABSs) – is to increase its workforce by 10% this year, equating to 30 more legal staff.

CLS was launched in 2006 with a target of employing 150 people within five years; however it currently employs 330 staff covering personal injury claims, will writing, probate and estate administration, conveyancing and employment law.

CLS managing director Eddie Ryan said: “We believe that the presence of the Co-operative’s trusted brand in the market place, together with our combination of first class products and services, provides customers with both greater accessibility and better value for money.”

Addleshaw Goddard has launched an in-house transaction services team to handle the process elements of transactional and advisory work, as an alternative to legal process outsourcing. Combining with the firm’s real estate division, the Manchester-based transactional services team will number 40 paralegals.

The firm has been piloting the idea since November, breaking down routine tasks such as e-disclosure, due diligence, document management and so on, and assigning them to the new services team at the start of each transaction.

Addleshaws’ head of employment, Andrew Chamberlain, who has overall responsibility for the team, said: “It is an exciting alternative to the conventional delivery of standardised processes as well as the new wave of legal process outsourcing.” He added that clients like the “operational efficiency” of the approach and it appeals to lawyers, “who are freed up to deliver on higher-value work”.

Six more law firms have joined the Solicitors Regulation Authority’s relationship management pilot in advance of outcomes-focused regulation, bringing the total number lined up for the ‘third wave’ to 19 firms. Two are Internet-based ‘virtual’ firms, one specialises in work for the lending sector and one is a large City-based firm. The remaining two are “fast-growing” firms; one national and the other international. The SRA has scheduled a live online broadcast on the progress of the pilot, with an emphasis on smaller firms, for 21 February. A recording will be viewable on its website afterwards.

The SRA has appointed two solicitors, Anu Kapila and Julian Weinberg, to sit on its compliance committee. Ms Kapila is a former commercial litigator and has worked in compliance audit at west London solicitors IBB. Mr Weinberg is a criminal law specialist and a solicitor-advocate. He is also an SRA adjudicator and sits on a number of other professional regulatory panels.

David Edmonds, chairman of the Legal Services Board, is one of the 14 members of the board of the Olympic Park Legacy Company who have to decide the future of the Olympic stadium after the 2012 games, it has emerged.

More than 100 paralegals in Scotland have signed up to the Law Society of Scotland’s registered paralegal scheme, launched in partnership with the Scottish Paralegal Association last autumn. The scheme is only open to paralegals who work under a solicitor.

Douglas Russell, convener of the registered paralegal standing committee said: “The scheme not only offers paralegals a better career structure and ensures development in their role, but their employer solicitors benefit from knowing the paralegals they employ meet the standards prescribed by the scheme, which in turn benefits the client.”

From August 2011, all paralegals who wish to become a Registered Paralegal will undertake a year-long traineeship before qualifying under the scheme.