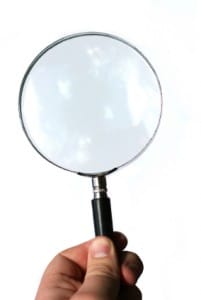 Under scrutiny: firms in pilot must inform SRA of perceived risks

RM may be one of the ways the SRA supervises firms according to its assessment of the risks the firm poses as part of outcomes-focused regulation (OFR), which goes live in October.

The SRA has agreed to keep the names of the firms confidential but said they include a “new wave” global firm, two international firms, and a sole practitioner who specialises in family law. Also joining the pilot are a City-based full-service firm, a medium-sized practice in the north-west and a start-up commercial firm in central London.

The first wave of six firms have been working with the SRA’s RM team for around 12 weeks, learning about business models, governance arrangements, risk management and compliance arrangements.

The RM team will now work with the second wave to establish how the proposed model of supervision will work in practice.

Firms participating in the pilot must inform the SRA of any perceived risks and produce proposals to address them. Firms are also expected to develop plans for the transition to OFR, and to discuss the preparations with their relationship manager.

Relationship manager David Whitney said: “We are delighted with our initial meetings with the pilot firms and the constructive approach they have taken to our dialogue to date; and we are pleased that we can progress this project with the second wave of firms.

“So far we have considered specific risks associated with conflicts, confidentiality and financial stability and we have also identified a number of potential risks with document management systems.

“We are now interested in hearing from other firms who would like to take part in our pilot for our third and final pilot group.”

Under OFR, the SRA plans to supervise all firms on a low, medium or high intensity basis according to a risk assessment. This will range from desk-based supervision to visits to “close and continuous involvement”.

Relationship management is just one of a range of approaches that the SRA is considering to ensure OFR is “proportionate, targeted and effective”. Another, called permanent RM, is aimed at large and/or more complex business firms but is resource intensive, meaning that it is focused on areas such as internal systems and periodic assessments, so it will be unsuitable for all practices.

The RM pilot began in autumn 2010 and will run until the summer. The SRA intends to involve up to 15 law firms of various sizes, business types and geographic locations.