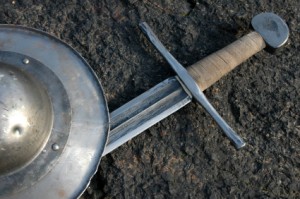 Solicitors facing disciplinary proceedings after 1 October will no longer be able to call on their indemnity insurance to pay their defence costs, after the Legal Services Board (LSB) approved changes to the indemnity rules.

The LSB’s decision comes despite strong opposition from the Law Society, which called for the decision to be delayed for 12 months to allow for proper consultation.

The LSB has also approved changes to the assigned risks pool and a controversial carve-out on the payment of Legal Complaints Services/Legal Ombudsman awards, where an order to repay fees will not be covered by the minimum terms and conditions of insurance.

The move on defence costs by the Solicitors Regulation Authority (SRA), revealed first on Legal Futures (see story here), is aimed at reducing the burden on insurers at a difficult point in time, and the LSB accepted that the SRA “has reached a rational position on this issue”. The SRA also argues that there is not a convincing case justifying the inclusion of such cover in the consumer interest.

The LSB added: “We accept the SRA‘s position that reinstating defence costs within the [minimum terms and conditions of insurance] at the last minute could further destabilise an already fragile market.”

However, the board said it had sought confirmation this issue will be considered as part of the SRA’s root-and-branch review of financial protection arrangements “and adequately consulted on in preparation for the 2011-2012 renewal period”. The decision has also strengthened calls for the creation of a solicitors’ defence union (see here).

The same will go for the other changes approved for the 2010 renewal season, including closing the assigned risks pool (ARP) to new firms and halving the time firms can spend in the ARP to a year.

Backing the SRA’s decision to retain the ARP, the LSB decision continued: “It can be argued that restriction of entry to the ARP to the exclusion of new firms may act as a barrier to entry. However, entry by firms unable to meet their regulatory obligations in relation to PII, and which therefore rely on an explicit cross-subsidy from the rest of the industry, is by its very nature inefficient and hence unlikely to be compliant with the regulatory objective of promoting competition. Furthermore, there is a clear public and consumer interest in having well managed firms that are able to secure their own cover and not rely on the safety net of the ARP.”

The final change of substance is around insurers’ obligation to pay inadequate professional service awards made by the Legal Complaints Service and the impact on the new Legal Ombudsman scheme, about which there is currently some uncertainty in the rules.

The amendment makes clear that certain awards of the Legal Ombudsman relating to compensation to a complainant for their loss are within the scope of cover for civil liabilities. The only exception is an award to refund any fees paid to the insured, which will not be a minimum requirement for insurance.

The Legal Ombudsman has accepted this, except for concern about the position of clients who are awarded an element of return of fee and the firm has since gone out of business or ceased to trade.

The Legal Services Consumer Panel wrote to the SRA recently to highlight its opposition to not including the return of fees within the scope of insurance when solicitors either refuse or are unable to pay.

Insurers argue that the changes should actually go further and that all Legal Ombudsman awards should be excluded from compulsory insurance on the grounds that covering such losses is more in the interest of solicitors than in the interest of the public.

The LSB said this is a complex issue that needs to be considered as part of the wider review.

But overall it found that the proposed changes, particularly in respect of the ARP, “have enabled [the SRA] to stabilise the qualifying insurance arrangements for the next indemnity period and so maintain client financial protection whilst keeping a competitive market for solicitors‘ compulsory professional indemnity insurance”.