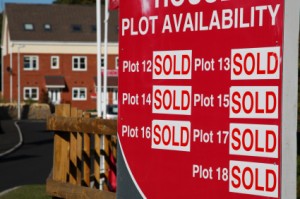 The body representing licensed conveyancers has launched a quality assurance scheme uniquely linked to their regulator in a bid to help detect mortgage fraud.

The move by the recently revived Society of Licensed Conveyancers (SLC), prompted by mortgage lenders restricting access to their panels, goes significantly further than the Law Society’s Conveyancing Quality Scheme (CQS), from which licensed conveyancers are excluded.

However, the Legal Services Consumer Panel has warned against the conveyancing market developing so that lawyers are forced to adopt voluntary schemes like these to stay on lenders’ panels, risking “regulation through the back door”.

‘SLC Quality Assured’ has already been shared with leading industry bodies, including the Council of Mortgage Lenders and the Building Societies Association, and was this week revealed to SLC members and other conveyancers for their feedback ahead of the official launch to market next year.

Constant monitoring of the firm managing the transaction will be undertaken by a central operations team, provided by the SLC, alongside monitoring of the lawyers on the other side. The system is linked to more than 100 data sources and various events – for example, the vendor’s lawyer changing bank account details – will raise a flag at the SLC.

These can then be referred to the CLC. The regulator will also feed its risk data into the system.

“While the Law Society’s CQS has gone some way to addressing the issues associated with lenders’ panels, it has been our experience that lenders see the CQS as just part of the overall solution. We felt there was a gap in the market for a universally accepted and recognised standard, designed specifically for licensed conveyancers, which builds on the strong regulatory framework provided by the CLC.”

Mike Ockenden, who runs the SLC’s secretariat, added that what set the solution apart from CQS was the continual monitoring. CQS, he said, was like having an MOT and then the next day your brakes fail.

SLC Quality Assured will be delivered by TMSecure, a system which connects mortgage lenders with their panel firms.

In its report on voluntary quality schemes, published today, the Legal Services Consumer Panel said that while it supported efforts to promote high standards in conveyancing, effectively requiring firms to sign up to CQS (it was unaware of the SLC scheme at the time) “could end up creating a situation in which market players and not the Solicitors Regulation Authority effectively become the regulators in relation to entry standards”.

It continued: “This could adversely affect competition if these standards are set too high. The criteria that lenders set might not be the same ones which regulators working in the consumer interest would impose. Such ‘regulation by the back door’ also lacks transparency and it goes against the principle of independent regulation of the legal profession.”

The panel said these developments might suggest that the SRA needs to tighten regulation of conveyancing solicitors “in order to address the legitimate concerns of lenders”.