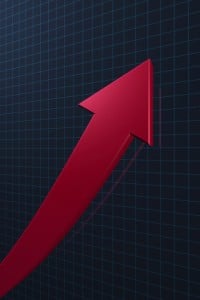 The Legal Ombudsman (LeO) has successfully fought off two judicial reviews (JRs) against its decisions, with a further five currently going through the court process, Legal Futures can reveal.

A LeO spokeswoman said that five of the JRs were brought by complainants, and two by lawyers, all against decisions of an ombudsman taken at the end of an investigation.

In the two cases which have been before a judge, both brought by complainants, she said the claim was dismissed and the claimant asked to pay costs. The others are in their early stages, with the most recent notified just last week.

In recent months LeO has seen a substantial increase in the number of cases requiring ombudsman decision. In its pre-opening planning assumptions, it estimated that 10% of cases would require a formal adjudication; the figure is actually running at around 40%.

LeO said this seems to be a common trend across ombudsman schemes at the moment, possibly in part due to the economic climate.

On a similar theme, the Solicitors Regulation Authority (SRA) has confirmed that two JRs over its new Qualified Lawyer Transfer Scheme (QLTS) have been fully resolved.

The QLTS allows barristers and foreign lawyers to requalify as solicitors. Last year the Law Society of Ireland started a JR after the new scheme ended the automatic exemption from the qualifying test that Irish solicitors previously had.

An SRA spokesman said the two had worked together to develop a module to be incorporated into the training of Irish solicitors that addressed areas of substantial differences in the law and practice of Ireland and England and Wales.

The main issue was around the significant differences in land/property law between the two jurisdictions, but if Irish solicitors pass the module, they do not need to take any of the QLTS assessments.

The other JR related to part-time bar students and whether they could apply to become solicitors under the old, pre September 2010 rules. The SRA originally said they would not enjoy the same period of grace as those who were studying full-time and completed the bar vocational course between 1 August 2009 and 31 August 2011.

However, the spokesman said “we have now amended the scheme in light of the legal challenge” and brought part-time students in line with those who studied full-time. The full details can be found here.

He added: “The SRA is focused on further improving the standards of those looking to enter the legal profession and is therefore happy to work together with other representative bodies on the best way forward. We’re happy that both the issues where the potential for a judicial review was raised have now been resolved.”