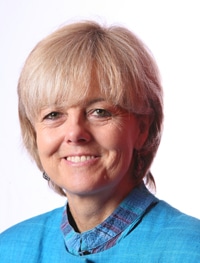 The Solicitors Regulation Authority (SRA) and Bar Standards Board (BSB) have begun work on creating an online “virtual community” for consumers known as “Legally Speaking”.

The news comes as we can reveal the Legal Services Consumer Panel has escaped the “bonfire of the quangos” and will not be merged into Citizens Advice – just as the panel’s chairwoman is stepping down.

The virtual community – in which all the other legal regulators, including ILEX Professional Standards and the Council for Licensed Conveyancers are joining – aims to generate public interest in legal services regulation, although there is concern it might inadvertently attract complainants.

The monthly meeting of the BSB’s main board was told recently that the website will have the strap line “Improving legal services together”.

The SRA will build and host the site. It will include details of all the legal regulators and “be kept up-to-date with information by the regulators themselves” under the aegis of an editorial panel.

The Legal Services Consumer Panel has welcomed the venture.

A risk assessment warned of the possibility either that “the general public will not be interested in legal regulation” or that those who do engage will be “predominantly complainants”.

Meanwhile, the government has substantially watered down plans announced last October to merge the panel, along with all other consumer protection bodies, into Citizens Advice.

A consultation released recently by the Department for Business, Innovation & Skills, proposed moving some functions into Citizens Advice, but said it would be up to the Ministry of Justice if it wanted the panel to join this.

Legal Futures has seen a letter from a BIS official that confirms there is no proposal to move the panel. The proposal was strongly opposed by the Legal Services Board (LSB) and Legal Ombudsman.

However, panel chairwoman Baroness Hayter is resigning from the role at the end of this month because of “other commitments” in the House of Lords.

An interim chair will now be appointed, from within the existing panel membership, with a term running up to 31 March 2013.

LSB chairman David Edmonds said Baroness Hayter’s “insight and determination to rest the work of the panel on hard evidence has underpinned its credibility. Her work in launching and embedding the consumer panel has made a real difference to the thinking of the LSB and increasingly to that of the Legal Ombudsman and the other regulators.

“I am sorry that her workload elsewhere means that after two years she is leaving the role. I would like to thank her most warmly for the important contribution she has made.”