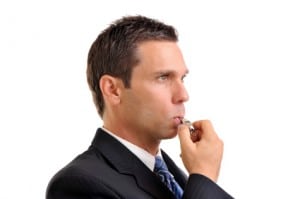 Whistleblowers: Law Society offers to act as conduit between solicitors and SRA

Solicitors do not trust their regulator enough to raise concerns with it or think it will act if they do, the Law Society has claimed, offering to act as a formal conduit between the two.

Chancery Lane also accused the Solicitors Regulation Authority (SRA) of acting in disciplinary matters in a way that can seriously damage a solicitor’s reputation, while calling on it to issue “assured guidance” on the way its rules operate.

Responding to a Department for Business, Innovation & Skills consultation on regulatory enforcement, the society said “our members are reluctant for us to raise their concerns with the SRA unless it is done on an anonymous basis” because they fear making matters worse.

It said: “We would be keen to act as more of a conduit for our members’ concerns and put in place a formal process for doing so… It has been our experience that our members do not believe that their concerns will be taken seriously or acted upon. As well as having in place a mechanism for challenging the regulator, it is important that the regulator is transparent about its process for dealing with the concerns raised and the outcomes.”

The response comes as Legal Futures reported yesterday that the SRA is considering a whistleblowers’ charter and leniency scheme to encourage lawyers and others at firms to come forward.

The society also expressed serious concern about the SRA’s publication of referrals to the Solicitors Disciplinary Tribunal (SDT) and the authority’s failure to update the published charged against the solicitors named.

It said: “At the time of referral to the SDT, all that has been established is that there is a case to answer, not that the solicitors has breached any regulatory requirement. More worryingly, the charges laid against the solicitor are often amended (sometimes substantially) and yet this is not updated on the SRA’s website. Nor is this information removed once the SDT has made its findings.

“We believe that this lacks in transparency and that inaccurate information can seriously damage a solicitor’s reputation.”

The society supported the consultation’s suggestion that regulators should provide “assured guidance” – also known as safe harbours – meaning the SRA would not sanction a firm that had followed the guidance, but had in some way fallen short of compliance. It would instead work with the firm to correct any shortcomings.

The society said: “It is essential for businesses to be clear about what a regulator requires them to do and to be able to put their trust in guidance provided by the regulator.”

However, it noted: “There is a risk that providing assured guidance may lead to less flexibility in the way businesses can comply with regulation. Assured guidance should not become de facto a rule which firms must follow.”

Like many other regulators, the SRA has been reluctant to provide assured guidance. “Thus the government will either need to put in place an incentive for regulators to provide such guidance or mandate it,” the society said.

The response also called on regulators such as the SRA to take more account of accreditation schemes in providing assurance about the compliance of those who sign up to them.