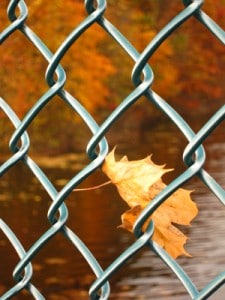 Ring-fencing: legal work in MDPs should be separate from non-legal work

The Law Society has begun laying down the red lines beyond which it will not be able to support alternative business structures (ABSs), Legal Futures can reveal.

The society’s regulatory affairs board (RAB) has highlighted a variety of issues that it expects to see addressed if it is to judge the arrangements for ABSs satisfactory, including effective controls on the fitness to own of prospective external owners.

In particular, the RAB argued that it should be for the applicant for an ABS licence to demonstrate that their resources were legitimately acquired, rather than for the Solicitors Regulation Authority or other licensing authority to prove the opposite.

It also said that those with significant criminal records, especially for dishonesty, should not permitted to own ABS firms, and that the licensing authority should take account of corporate behaviour as a whole, even outside the provision of professional services.

“Corporate behaviour in its widest sense will demonstrate whether prospective owners pay proper respect to their legal and regulatory obligations,” the board was told.

The RAB emphasised the importance of ABSs and other law firms facing the same regulatory requirements, especially in the approach to the separate business rule. It said there should be no direct regulation by the Legal Services Board unless no other approved regulator was able and willing to regulate an ABS of the type concerned.

Concerns around multi-disciplinary practices highlight the need for ring fencing the legal side of a practice from the non-legal, the RAB said. The society, whose policy is that clients of such practices should not receive the same protections for non-legal work as they would for legal work, would expect to see:

The final major concern was around access to justice, with the RAB saying it would want to see: