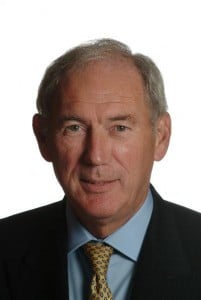 Heslett: any extension of privilege is a matter for Parliament

The Court of Appeal has given the Law Society permission to intervene in a case in which Prudential is seeking to extend legal professional privilege (LPP) beyond the legal profession.

The Society has permission to intervene in the appeal of Prudential PLC and Prudential (Gibraltar) Limited v Special Commissioner of Income Tax and Philip Pandolfo (HM Inspector of Taxes) over concerns about the potential scope for any professional giving advice on an area of the law to claim LPP.

This would be irrespective of whether they are regulated or members of any organised and disciplined association and irrespective of their role in the administration of justice.

Law Society President Robert Heslett said: “The case has the potential consequence of giving anyone who describes his/her self as a tax accountant or other professional the ability to  withhold  vital information from bodies such as HMRC, when legal professional privilege is intended to have a very specific purpose. The boundaries of LPP must remain clear. Extending it risks creating uncertainty over what can and cannot fall under LPP.

“In consequence the courts have taken the approach that legal advice privilege does not attach solely because of the purpose and nature of the advice but also because the advice emanates from a member of the legal profession.”

The case concerns the advice provided by accountants where litigation was not contemplated. In such scenarios the advice and any information in relation to it will not benefit from legal advice privilege and a taxpayer may have to disclose documents or information, including its communications with the accountant under schedule 36 of the Finance Act 2008  and section 20 of the Taxes Management Act 1970.

The Society pointed out that in October last year, the High Court held that legal advice privilege does not extend to advice from, and communications with, accountants even if it relates to advice about the law.

Mr Heslett added: “The Society believes that the issues raised in this appeal are of considerable importance both to the solicitors’ profession and the public interest. Questions which bear upon the nature and extent of legal professional privilege are fundamental to the work of solicitors.

“An extension of legal professional privilege to non-lawyers is not a new suggestion. It is something which has been considered by law reformers before, but has never been taken up by Parliament. Such an extension should be the subject of consideration by Parliament and, if considered desirable, be the subject of primary legislation which would clearly define the limits and conditions of any extension to other professionals.”

Julian Copeman and Heather Gething, partners at City firm Herbert Smith, are instructed by the Law Society. The firm issued a statement saying: “Privilege is the creation of the common law and as it stands the common law is clear: only communications with a lawyer are protected by privilege. Any extension would seem to us to require statutory intervention.”

The move came after the Advocate-General’s opinion in the long-running Akzo Nobel case before the European Court of Justice, which upheld the existing position that in-house lawyers should not enjoy privilege  in the face of European Commission investigations. The full court is not required to follow the opinion of the Advocate-General, but usually does.