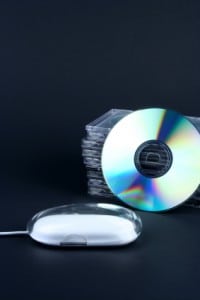 A law firm has escaped with a reprimand after being found by the Solicitors Regulation Authority (SRA) to have breached professional practice rules in connection with intimidating letters sent to alleged Internet file sharers.

It is the third occasion in which the SRA has taken action after firms, acting on behalf of clients, wrote to individuals demanding damages and costs for having allegedly illegally uploaded or made copyrighted material available to others on a peer-to-peer file-sharing network.

Hartlepool firm Tilly Bailey Irvine (TBI) has signed a regulatory settlement agreement with the SRA under which it admitted to compromising its independence by sending letters “which were inappropriately worded and pressurised individuals into settling a claim in circumstances where the firm’s arguments had not been established before the courts”.

It also admitted to using or attempting to use its position to take an unfair advantage of third parties, and conduct that diminished the public’s trust in the legal profession. It agreed not to deny the misconduct in public and to pay costs to the SRA of nearly £2,800.

Between April 2009 and April 2010 TBI wrote 251 letters, although it then stopped following adverse publicity. TBI confirmed it was not instructed to take any further action against those alleged infringers who had received a letter.

The agreement records the firm’s mitigation, including that its clients were entitled to pursue an action for breach of copyright and that each claim was dealt with on its individual merits.

TBI managing partner John Hall said the firm was “delighted to be able to dispose of this matter in a way that makes it clear that the firm has never acted with any conscious or deliberate impropriety”.

He added: “We take pride in our reputation for fighting our clients’ corner to the best of our ability. Although on this occasion the SRA has ruled that we went too far – on their interpretation of the rules – we shall continue always to put the interests of clients first, as our clients and the public generally would expect.

“Copyright breaches cost business £200m per year. We hope that these cases will highlight the lack of clarity in the rules and ensure that, in future, criminal activities such as these can be dealt with by the legal process so that copyright is safeguarded and clients’ legitimate interests are protected.”

In August, David Gore, a partner, and Brian Miller, a former partner, of London firm Davenport Lyons were each fined £20,000 and suspended from practice for three months by the Solicitors Disciplinary Tribunal over sending out thousands of letters to alleged file-sharers.

A spokeswoman for the firm said Mr Gore was current considering whether to appeal after having received the tribunal’s detailed reasons for its ruling.

In the third and most high-profile case, Andrew Jonathan Crossley, sole principal of former law firm ACS Law, has been referred by the SRA to the tribunal to face seven allegations over file-sharing letters.