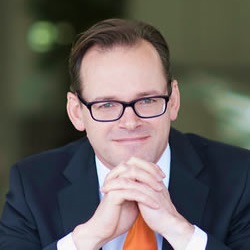 A north-west family law practice started by two solicitors has divorced the Bar Standards Board (BSB) as its regulator and taken up with the Solicitors Regulation Authority (SRA) after a series of difficulties beset the relationship.

When Evolve Family Law launched in 2015, its founders – former Mills & Reeve partner Robin Charrot, and former Irwin Mitchell and Pannone partner Louise Halford, chose the BSB on the understanding it was “more friendly to deal with” and had a more understandable Handbook.

However, a series of events since overwhelmed the attractions of authorisation by the BSB, which Mr Charrot described as “a bit of a bumpy journey”, although he declined to attribute the problems to the regulator.

The first warning sign, he said, appeared after about four years when the insurer Bar Mutual withdrew indemnity insurance cover “for no good reason that I could ascertain”.

He continued: “We were still a family law firm, still in the same kind of work, with the same claims history. It’s just that we had gone from one office to two… but the structure wasn’t any different.”

The firm had to find alternative insurance on the open market, in the process forgoing the cost savings it had previously enjoyed. This was a blow but not a deal-breaker, he said.

Also, as the firm grew, the greater number of transactions meant that a lack of a client account “became quite expensive”.

Further, the BSB was unhappy the firm had self-employed consultant solicitors and insisted they convert to become employees. “We didn’t really want to, but we did anyway,” said Mr Charrot.

Meanwhile, the firm was prevented from taking advantage of the credit broking exemption facility available via SRA authorisation. This was problematic because it meant the firm could not introduce clients to litigation funders.

“That was probably the nail in the coffin,” he concluded.

An added bonus of the switch to the SRA, which “went fairly smoothly”, was that referrers and some clients had been “puzzled” as to why the firm had opted for BSB regulation at all – which was generally assumed to be principally a barristers’ regulator.

“I don’t think it led to any loss of work, but it was [nevertheless] another conversation to have before a person was comfortable with using us,” Mr Charrot observed.