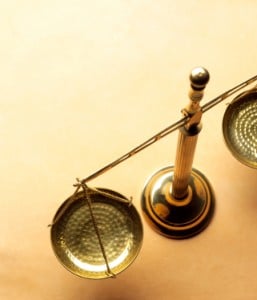 Solicitors facing disciplinary proceedings could find it easier to challenge hearsay evidence after the High Court ruled that a General Medical Council (GMC) panel had breached the claimant’s right to a fair hearing by admitting such evidence.

A leading authority on the Solicitors Disciplinary Tribunal (SDT) told Legal Futures that elements of the judgment were likely to be cited in future disciplinary proceedings involving solicitors.

In R (Bonhoeffer) v General Medical Council [2011] EWHC 1585 (Admin), the GMC’s fitness to practise panel had admitted hearsay evidence under its own rules, having determined it would not be admissible under the criminal rules of evidence.

Mr Justice Stadlen, sitting with Lord Justice Laws, found the decision was “irrational” and constituted a breach of the claimant’s article 6(1) right to a fair hearing under the European Convention on Human Rights.

The judgment set out several principles that are likely to be cited in future disciplinary hearings, such as the finding that there is “no absolute rule… entitling a person facing disciplinary proceedings to cross-examine witnesses on whose evidence the allegations against him are based”.

But professional disciplinary proceedings “may still bring into play some of the requirements of a fair trial… including in particular the right to cross-examine witnesses whose evidence is relied on against them”.

What constitutes a fair trial in such proceedings “must be considered in the round having regard to all relevant factors”, in particular “the seriousness and nature of the allegations and the gravity of the adverse consequences… in the event of the allegations being found to be true”.

Solicitors’ regulation expert Andrew Hopper QC said the judgment was “a comprehensive review as to what common law fairness and article 6 require in the context of professional disciplinary proceedings and hearsay evidence”.

He thought parts of it would be quoted before the SDT in due course “because the principles considered and summarised are of general application”. Although the SDT’s admissibility rules differed from the GMC’s, “the principles in Bonhoeffer are fully applicable”, he said.