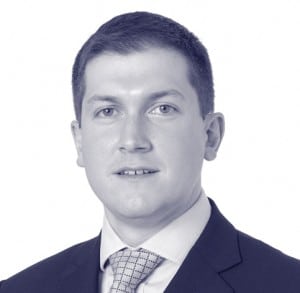 Bryant: Legal Ombudsman may soon be able to award £100,000 in compensation

The high cost of the new regulatory regime for solicitors will ultimately be passed on to clients, raising questions over whether the system is “truly in the public interest”, a partner at a top-20 law firm has warned.

In a strong critique, Joe Bryant, a partner in the Bristol office of CMS Cameron McKenna who handles insurance disputes involving solicitors, said recent increases in practising fees “may be the tip of the iceberg” given the indirect costs associated with the new regime, especially around compliance and complaints.

Pointing to firm-based regulation and Solicitors Regulation Authority plans for outcomes-focused, he said: “Solicitors will undoubtedly have to work very hard to comply with the new regime. The bedrock of the new system is self-governance; firms (and individuals) will have to demonstrate not only that the services they provide are up to a certain standard but also that the way in which the firm manages itself is robust and watertight.

“This is a marked shift away from the previous system and firms will need to invest heavily in changing and moulding their procedures in order to satisfy the increasingly proactive regulator.”

Mr Bryant predicted that “dealing with the anticipated deluge of complaints will also be very expensive for firms”. The new Legal Ombudsman “is not bound to adhere to any legal principles when considering complaints”, he said, and will deal with most complaints on paper without any hearings. It can award up to £30,000 in compensation, which Mr Bryant said “seems likely to increase to £100,000 in due course”.

When allied with the Legal Services Board’s efforts to raise public awareness of the standards they should expect from lawyers, “such a move will result in a further (and probably even more dramatic) increase in the frequency and cost of complaints”.

Mr Bryant suggested that improved visibility of – and accessibility to – the legal profession’s disciplinary process was one of the major factors behind the decision by withdraw cover for costs of disciplinary proceedings as a compulsory term of professional indemnity insurance (see story). “This obviously means, however, that the profession will have to bear the brunt of these additional costs, either by self-funding or by paying for additional insurance cover to meet the exposure.”

The solicitor recommended that firms invest now and prepare themselves for “the inevitable onslaught” by tightening up their complaints procedures significantly in anticipation of the new regime. “Resolving complaints ‘in-house’ (and thereby preventing the ombudsman from becoming involved) must be the way forward. However, many firms will doubtless go by the wayside as the costs of continuing to operate in this new environment simply become untenable.”

While he agreed that outcomes ultimately matter more than processes, Mr Bryant said those seeking to implement the current reforms “must be careful to balance the need to protect consumers against the need to maintain an active and healthy market for legal services”.

He concluded: “The costs of increased regulation – whether by virtue of practising certificate levies, professional indemnity premiums, uninsured costs of the disciplinary process or decreased competition in the marketplace – are ultimately passed on to clients in increased fees. As such, there must be doubts as to whether this costly regulatory regime and all of its likely implications can be said to be truly in the public interest.”