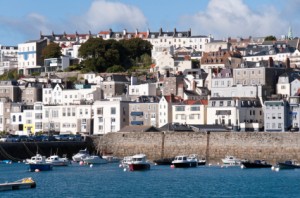 Guernsey: trio attempted to trick bank on the island

A former partner of London law firm Mishcon de Reya was yesterday convicted of forgery and two fraud offences aimed at conning a bank out of €22m.

Kevin James Steele, 51 of Kent, was convicted at Southwark Crown Court and will be sentenced on 9 January 2012 along with two other defendants who pleaded guilty before trial, Michael Andrew Shepherd, 50 of Lancashire, and Mark Terence Pattinson, 38 of Lancashire.

All three were convicted of using conspiracy to use false instruments and conspiracy to commit fraud by false representation. They used fake documents to trick EFG Private Bank into believing that they had £76m available at the Guernsey branch of Swiss bank Julius Baer & Co to use as a security for a €22m loan to Shepherd.

Steele was also convicted of abusing his position as a partner at Mishcons, “in which he was expected to safeguard the financial interests of the firm, by dealing with the affairs of Michael Andrew Shephard in such manner as would inevitably expose the firm to risk of loss”. This was in breach of section 4 of the Fraud Act 2006, which deals with fraud by abuse of position.

Commenting on the result, Serious Fraud Office director Richard Alderman said: “I welcome today's verdict. It's a victory for honesty and fair dealing in business.”

The SFO began investigating the case in November 2008 in partnership with Warwickshire Police.