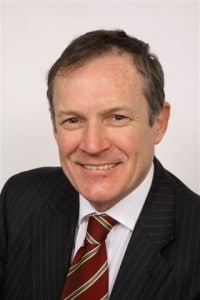 Former Law Society president Ed Nally was today appointed to the Legal Services Board (LSB) to fill a vacancy that has been open for more than a year.

Solicitor Rosemary Martin stepped down in January 2010, when she was appointed general counsel of Vodafone, and a hiatus caused by the election and change of government has been blamed for the delay in replacing her.

Mr Nally is senior partner of Bolton firm Fieldings Porter, a governor of the College of Law, and a member of the Solicitors Disciplinary Tribunal. He will be stepping down as a Judicial Appointments Commissioner on appointment to the LSB.

The LSB has some powers over the tribunal and is also supervising the education and training review, but Mr Nally will not be standing down from his other two roles. An LSB spokesman pointed Legal Futures to section 5 of the LSB’s rules of procedure, which requires board members to declare any potential conflicts of interest.

LSB chairman David Edmonds said: “Ed will bring skills and experience of value to the broadest range of the board’s work – not least the ways in which regulatory reform can be used to modernise legal services delivery for the benefit of the profession, consumers and the wider public.”

Meanwhile, the Solicitors Regulation Authority is to cut around 80 jobs as it prepares for outcomes-focused regulation (OFR) and the licensing of alternative business structures from 6 October 2011.

The SRA’s new organisational structure is designed around three key regulatory activities: authorisation, supervision, and enforcement. There will be around 560 staff in post by the end of the year, compared with the current workforce of 640. Legal Futures revealed in December that the SRA had put aside £3m to cover the cost of redundancies. In preparation for OFR – which will require different skill sets from SRA staff – all employees have gone through an assessment centre that produces a report on their strengths and weaknesses as set against new “behavioural competencies”.

Jobs were also reassessed and a decision taken on which ones are changing so much that staff have to reapply for them. Speaking in December, chief executive Antony Townsend predicted that a “significant number” of roles would fall into this category and it is this that would lead to redundancies.

For example, he said that OFR means there would be “fewer people doing lower-level risk work”.

Mr Townsend said today: “This is the final stage of our programme to equip the SRA to be a modern, risk-based regulator, capable of meeting the needs of consumers of legal services in a radically changing legal sector. A combination of retrained staff, the targeted appointment of new staff members with new skills, and the replacement of our old and inefficient IT systems, will enable us to deliver effective and efficient regulation with a lower cost base than before, to the timetable to which we are committed.

“The new structure will not only improve internal clarity and accountabilities, but also make it easier for those who deal with us to understand responsibilities in the organisation.

“There will be some redundancies where we cannot redeploy existing staff, and I am grateful to all my colleagues for their professional approach during what is inevitably a difficult period.”