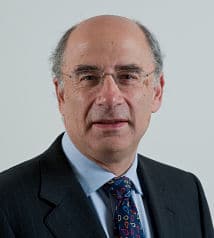 An immigration solicitor who signed a statement of truth on a blank claim form which was then accidentally passed to a claimant who used it to launch a judicial review, has been fined by the Solicitors Disciplinary Tribunal (SDT).

Regina Spio-Aidoo was referred to the Solicitors Regulation Authority by the president of the Queen’s Bench Division, Sir Brian Leveson, who was unhappy with the conduct of the case.

Ms Spio-Aidoo cited evidence from a leading immigration lawyer that other solicitors in the field had a practice of signing documents in blank, but the tribunal was not prepared to excuse her on this basis.

The solicitor, who was born in 1967 and qualified in 2007, runs her own firm, R Spio & Co, in East London. The case arose after the firm acted for a Mr M on his appeal against being removed from the UK to Ghana.

After it was rejected by the First-tier and Upper Tribunals, a judicial review was submitted with the claim form and statement of truth signed by Ms Spio-Aidoo. This was rejected, with Mrs Justice Andrews strongly criticising the way the claim was drafted. The solicitor was then summoned to appear before Sir Brian and Mr Justice Cranston to explain what had happened.

It emerged that Mr M’s wife had collected his file from the firm because they could not pay for the judicial review. Ms Spio-Aidoo had been out of the office at the time but told a member of staff to remove the claim form before handing over the file. However, this was not done and the claim form was filed by the wife with the administrative court, after she and her husband had completed it.

Ms Spio-Aidoo told the SRA in an interview that the firm should have taken the extra step of checking with the court that its name had been taken off the record, but this was not done. She added that steps had been taken to prevent a repetition.

The SDT recorded [2] that the solicitor said she signed claim forms in blank because of the urgency of many immigration cases, and the risk that a client’s interests would not be met if due to the lack of a signature, a claim could not be issued. “There was thus a professional decision required on the balance of risks: whether to hold document signed in blank or to risk not issuing proceedings in time.”

However, the tribunal did not accept that it was necessary to hold signed blank documents. “The respondent had been able to change her practice since the events in issue and had not suggested that, in practice, this had caused any real difficulties for clients (although it may have been more cumbersome for the firm),” it said.

If it really were necessary in a particular case, “there could have been better systems to reduce the risk of a document being sent out when not ‘fully’ approved e.g. keeping signed documents in a safe or other secure location so that a conscious decision would be needed to retrieve the item and deal with it”, it added.

“The respondent had a small firm, but could have arranged for someone else to be authorised to sign the claim form if she were not physically present to do so. The fact that only the respondent could authorise certain steps meant the firm was vulnerable if urgent action were needed when the respondent was unavailable e.g. due to illness.”

The tribunal described the system as “inherently risky” and in the circumstances, the failure to have an effective system in place meant that Ms Spio-Aidoo “had failed to uphold the rule of law and the proper administration of justice”.

It added: “Further, the public would rightly be concerned that a solicitor could sign an important document without being satisfied as to the contents of the full document, including the attached items; this conduct would diminish rather than maintain the trust the public would place in the respondent and in the provision of legal services.

“The system used had gone wrong, and there was a risk it could go wrong in other circumstances. The respondent had not run her business in accordance with proper risk management principles. The respondent’s systems and controls had been ineffective in achieving compliance with the principles and other professional requirements.”

The tribunal said a fine was sufficient sanction “to indicate the seriousness of the misconduct”. The appropriate level of fine was £5,000, but taking into account Ms Spio-Aidoo’s limited means, she was ordered to pay £2,500, plus £7,500 in costs.