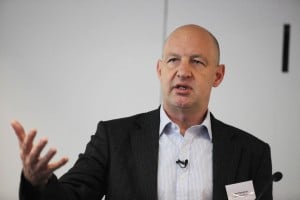 Sampson: clear support from the courts for LeO

A solicitor has for the first time been fined by the High Court for failing to co-operate with an investigation by the Legal Ombudsman (LeO).

The High Court used the case to stress that such failures – which are treated as akin to contempt of court – could lead to immediate imprisonment.

Howard Robert Gillespie Young, a solicitor who practised in Bolton, Lancashire, for CMG Law, was fined £5,000, plus £15,500 in costs, for failing to provide documents to enable LeO to investigate complaints about his work in progressing two cases for a couple known as Mr and Mrs W.

The court found that Mr Young had access to the relevant documents from September 2010 – when his clients started asking about them – meaning they were available when LeO’s investigation began two months later.

They were also still available in January 2011, when LeO’s issued a statutory request for them under section 147 of the Legal Services Act 2007, until April 2011 when the Solicitors Regulation Authority intervened in CMG Law.

LeO eventually received the documents and decided there was no poor service in either case and that the clients had not suffered any significant loss. However, Mr Young’s lack of explanations and failure to engage with his clients in the complaints service justified a compensation order for £250, it ruled.

Mr Justice Lindblom acknowledged that once Mr Young engaged with LeO’s investigation, “he did what he reasonably could to co-operate in it” and gave a sincere apology for his default. “I am satisfied too that at no stage was Mr Young trying to harm the Ws’ interest…  The fact remains, however, that Mr Young consciously persisted in his default for about two and a half months, apparently ignoring the ombudsman’s process entirely.

“For Mr and Mrs W the delay in their documents being found must have been frustrating, to say the least. Mr Young’s default was the more serious in the light of his unfortunate disciplinary history, in which a pattern of ignoring correspondence and requests for information is plain.”

Mr Young has twice been sanctioned by the Solicitors Disciplinary Tribunal and in May the SRA refused to grant him a practising certificate for 2010/11.

Under the Act, if the court is satisfied that the defaulter has failed without reasonable excuse to comply with a LeO notice, it may deal with the defaulter as if they were in contempt of court, which allows for an unlimited fine or imprisonment for up to two years.

Asked to give general guidance for such cases, the judge said: “Undoubtedly there will be cases, though they are likely to be more extreme in their facts than this, in which the court will see no option but to impose a sentence of immediate imprisonment for a failure to comply with a requirement imposed under section 147 of the 2007 Act.”

Chief Ombudsman Adam Sampson said:  “We regret having to take these measures in this case. Most of the time lawyers cooperate fully with the ombudsman and want to resolve complaints. But we are pleased with the clear support from the courts for the ombudsman’s role. It’s now clear to all that in those rare cases where a lawyer fails to co-operate, we can use powers to respond appropriately.”