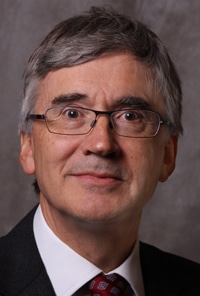 A ‘fake’ lawyer and three non-solicitor staff who have taken money from their firms have received banning orders from the Solicitors Regulation Authority.

All are now subject to so-called section 43 orders, which prevent non-solicitors from being employed or remunerated by solicitors and their firms without permission from the regulator.

Mohammed Kabba was sentenced last year to 16 months’ imprisonment for perverting the course of justice after he pretended to be a migrant’s solicitor.

He was found to have falsely represented to a Home Office official that he was a member of a firm of solicitors, and then faxed the Home Office with false information about injunctions which he said were in place to prevent his client from being removed from the country.

Later that day, the SRA continued, Mr Kabba made a telephone application to Mr Justice Mitting at the Royal Courts of Justice for an injunction preventing his client from being deported. During this application, Mr Kabba told the judge that he was a solicitor.

Having had his application refused, Mr Kabba made a further telephone application to Lord Justice Stephen Richards in the Court of Appeal, and again claimed to be a solicitor. This application also failed.

News reports of the trial said that both judges gave evidence against Mr Kabba, who was found to have sown enough confusion with Home Office officials to delay his client’s deportation for nearly a month.

The judge accepted that Mr Kabba acted through a “misguided but genuine belief in her case” and not for financial gain, according to the BBC.

After the conviction, there was talk about efforts to have the Sierra Leone national’s indefinite leave to remain revoked.

Meanwhile, Peter Colley – who was a probate executive at Leeds firm Ison Harrison and misappropriated £4,477 – has also been rebuked, and ordered to pay a £2,000 fine and £1,350 in costs, on top of the section 43 order.

The SRA decision said: “Mr Colley has admitted responsibility for the misappropriation of funds and the facts of this case are not disputed. As a probate executive at the firm, Mr Colley was under a professional duty to keep clients’ money safe and manage it appropriately.”

Paul Woodward was the operations manager at PMN Law in Worsley, Manchester. The SRA said: “During his employment with the firm, Mr Woodward was found to have misled a client, by paying the sum of £3,700 to the client from the firm’s office account. Mr Woodward informed the client this money was received from the defendant’s insurers in settlement received of the client’s claim. Mr Woodward’s conduct was found to be dishonest.” He is still employed by the firm.

Finally, Janet Anne Wright was a legal cashier at Winters Legal in St Ives, Cambridgeshire who misappropriated £30,532 from the firm’s office account. She was dismissed by the firm on 31 October 2014, after three and a half years of employment.

The SRA said Mrs Wright was not presently working in a legal practice.