Exclusive: SRA will not start regulating ABSs on 6 October 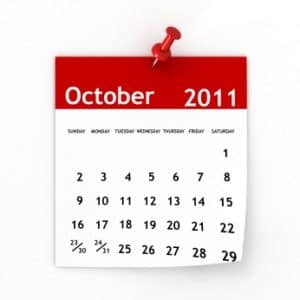 Late date: 6 October is out but hope is that SRA will start regulating ABSs by end of year

The Solicitors Regulation Authority (SRA) will not be able to start regulating alternative business structures (ABSs) on 6 October, Legal Futures can reveal.

Further, the question of whether prospective non-lawyer investors in ABSs will have to reveal all convictions, even if they are spent, remains unresolved and could stop the SRA licensing ABSs with external ownership.

The Ministry of Justice (MoJ) has confirmed to us that, with Parliament to rise for the summer tomorrow, the earliest a crucial statutory instrument will be debated by Parliament is the end of October.

This relates to the long-running debate over the venue for appeals by ABSs against SRA decisions. The Legal Services Board wants appeals for all ABS licensing authorities to go to the First-tier Tribunal, but in March the SRA decided to exercise its right to choose the Solicitors Disciplinary Tribunal.

This was because of uncertainty over whether it would be able to recover costs in the new tribunal in the same way as it does before the SDT.

The statutory instrument will need to be approved by both Houses. It is a convention that a statutory instrument should not be laid before Parliament less than 21 days before it is to come into force, although it is possible that it could be laid during the brief period in September when Parliament resumes before the party conferences.

The hope is that the SRA will start licensing ABSs before the end of the year.

There may still be some ABSs starting on 6 October, however, as the Council for Licensed Conveyancers – which has agreed to use the First-tier Tribunal – will be in a position to start licensing on that date.

The SRA has, however, indicated to Legal Futures that it may refuse to regulate ABSs with external investment if the MoJ does not agree to introduce an exception to the Rehabilitation of Offenders Act 1974.

The MoJ has already added prospective heads of legal practice, and finance and administration of ABSs to the list of exceptions from the Act, meaning such people have to disclose all convictions to the SRA, including spent ones. In a recent debate in the House of Lords, peers put pressure on justice minister Lord McNally to include external investors on the list, or face the prospect of some people with convictions for fraud not having to disclose them. He indicated sympathy with the request.

SRA chief executive Antony Townsend said: “We’re confident the government will give us the exception order. We would find it very difficult to operate the ABS regime for external investors without it.”

The MoJ said the Legal Services Board has submitted a business case for the order. “A decision on this matter has not yet been made,” a spokesman said.

Legal Futures first reported in March that 6 October was looking shaky as the ABS start-date for the SRA.