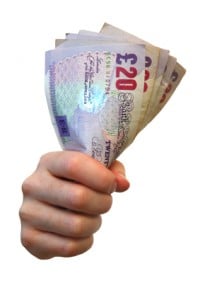 Referrals: fact of the arrangement, rather than the amount, is more important

The Legal Services Board (LSB) has ruled out reinstating the ban on referral fees and instead is proposing enhanced transparency, with different rules for different types of legal work, Legal Futures can exclusively reveal.

LSB papers obtained by Legal Futures under the Freedom of Information Act show that the board has decided that the evidence does not provide a regulatory case for a ban on referral fees.

The board was looking for evidence that referral fees have an adverse impact on the delivery of the regulatory objectives that underpin the Legal Services Act and the LSB’s work.

Though the view against a ban will be put out to comment as part of an LSB consultation on its position on referral fees, it seems inconceivable that the board will reverse this decision.

The consultation will propose “enhanced, but proportionate, transparency around referral fees in transactions with consumers” and the regulation of referral fees by market – such as conveyancing and personal injury – rather than “by route to the lawyer’s professional body”. This will please the likes of the Law Society, which has called for consistency of approach on referral fee regulation across the legal landscape.

During its discussions in June, the board noted that in the light of evidence suggesting that referral fees did not impact on the fees charged to consumers, “enhanced transparency needed to emphasise the fact of the referral and consumers’ right of choice as much as, if not more than, the amount of the fee itself”.

It also noted that the Bribery Act 2010 should promote consumer confidence that payments that would incite improper conduct would likely be found unlawful.

The LSB identified a need for greater consistency in enforcing the rules, and is planning a roundtable discussion with “appropriate third parties to explore the development of a consistent approach between regulators where the issues they regulate impact on a single consumer transaction”.

The LSB is also to raise the question of whether there is a role for the Bar Protocol on fee-sharing arrangements in the event that a quality assurance for advocates scheme is implemented by the Legal Services Commission.

The LSB said its proposals are “broadly consistent” with the Legal Services Consumer Panel’s advice to “reveal, regulate and retain” referral arrangements (see story here). Panel chairwoman Dr Dianne Hayter has recommended to the LSB returning in due course to check whether increased disclosure had occurred, and also to consider the impact of bidding auctions and similar processes, including panels of solicitors, on choice and the potential for consumer detriment.