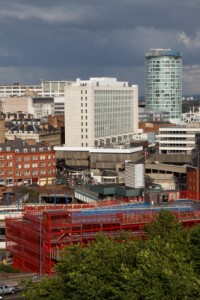 The boss of the Legal Complaints Service (LCS) has expressed frustration and disappointment at the low number of her staff who have got jobs at the new Legal Ombudsman (LeO) service, Legal Futures can reveal.

This is despite the fact that it was the previous government’s expectation that around 80% of LCS staff would move over.

The news comes as all 220 staff in the LCS’s Leamington Spa headquarters have been put at risk of redundancy, with the office set to close at the end of the year and then be put up for sale by the Law Society. The 40 staff in the LCS’s London base are to be kept on to deal with work in progress, with the expectation that the LCS will close entirely by the end of March 2011.

LeO, which is based in central Birmingham, is due to open on 6 October, although the relevant commencement order to achieve this has yet to be laid before Parliament. LCS says that 31 staff have been offered roles at LeO, of whom 22 have accepted. It estimates that well over 100 have applied. LeO, however, says its records show that 51 offers have been made, but does not have figures for how many LCS staff have applied. LCS numbers have been falling steadily ahead of shutdown; at its full capacity two years ago it had 400 staff.

As previously reported on Legal Futures, LeO salaries are lower than those paid by the LCS, and the Law Society is offering to make up the difference in the first year for those who move across (see story). As well as helping staff, this would reduce redundancy costs, as the Law Society offers an enhanced redundancy scheme that pays above the statutory requirement. The Society has put aside £5 million to pay for closing down the LCS (see story).

Either way, the figure falls far short of what the previous government was expecting when it decided that LeO should be located in the West Midlands. During the committee stage of the Legal Services Act’s passage through the House of Commons, then justice minister Bridget Prentice said the business case for locating LeO in the West Midlands was “extraordinary strong” and made it clear that the service would draw on the skills available in Leamington.

She explained: “[The business case] was built on the availability of suitable skills and experience, value for money, commitment to the principles of the Transfer of Undertakings (Protection of Employment) Regulations 1981, and the enforced presumption against locations in London and the south-east following the Lyons review… We envisage, according to the last figures that I have received, that up to 80% of staff will transfer.” Earlier this year, however, the High Court ruled that TUPE would not apply.

LCS chief executive Deborah Evans said she was both “perplexed” by the small number of staff joining LeO, and also “frustrated and disappointed given the level of performance we have sustained over a good period of time”. The LCS continues to meet its performance targets despite the reduced number of staff.

A LeO spokeswoman said in all it had received 2,000 job applications and that the 120 staff needed to go live on 6 October will start their six-week training course shortly. In time LeO will grow to around 350 staff.

Chief ombudsman Adam Sampson is currently on holiday, but speaking after the High Court ruling in February, he said: “We have always been clear that our aim is to bring about a new way of resolving complaints and to do that we need the right skills and expertise to be successful. We want to develop a high-performing and diverse organisation and hope that many of the skilled and experienced employees of existing complaints handling bodies will want to be part of this new way of working.”