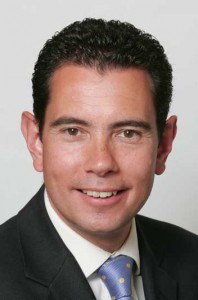 Holland: any firm undertaking property or corporate work should be prepared to see rates increase

Indemnity insurance premiums for law firms with no new claims and no significant change in circumstances are still set to rise 10% this year, a leading broker has warned.

Predicting a “tough” 2011, Lockton also called for a “fundamental review of the whole conveyancing process”, which should consider a move towards separate representation of borrower and lender in conveyancing transactions to reduce conflicts of interest.

The assigned risks pool (ARP) continues to be the main problem for insurers, swallowing 20 pence of every pound they receive in premiums and making it hard to make a profit, said Lockton. Yesterday, however, the Solicitors Regulation Authority (SRA) said its ARP enforcement strategy was working.

But although insurers are still angry that the SRA has decided not to close ARP until 2013, Steve Holland, senior vice-president, professions at Lockton, predicted that competitive pressures mean insurers will “try to shelter firms from the full effect of these rising costs where they have a good loss record and no significant change in circumstances”.

He added: “Any firm that has seen claims, however, would be well advised to start talking to their broker early since the rising trend of claims may push rates higher as the renewal approaches and insurers have less capacity for more difficult risks.”

Lockton identified a number of other factors driving costs up, including: moves by the SRA to prevent insurers from under-declaring their true market share (a tactic used last year to reduce exposure to the ARP); rising claims; more firms in the ARP; more ARP firms failing to pay premiums; and the SRA requiring insurers to honour claims irrespective of whether premiums have been paid.

On conveyancing, Lockton said that though separate representation may increase costs for clients, “the upside far outweighs the downside”.

Lockton’s annual report on the state of the market, published today, said this upside would be fewer claims made against solicitors “due to the greater due diligence carried out by the solicitors acting for the lenders”.

It continued: “In other words, solicitors will gain higher fees to do a good job, compared to the current position, where conveyancing fees are squeezed to such a degree that solicitors are unable to dedicate sufficient expert/qualified resources.”

It said that over the past year, claims have increased, not only for the conveyancing firms which represent 50% of all claims made by value. “There is also evidence that the continuing economic problems are fuelling claims for commercial company work,” said Mr Holland. “Due to the worsening claims picture, any firm undertaking property or corporate work should be prepared to see rates in these areas of work increase.”

He added that the delay in scrapping the ARP is likely to deter quality capital from coming into the market, while a number of other insurers are looking to reduce their market share.

“There are some new insurer entrants into the market,” he said, “but questions remain over the quality of their security and their long-term commitment to the sector.”

Lockton’s review of 2010 said premium rises were worst for firms of six to 10 partners, with its clients seeing an average 16% increase.