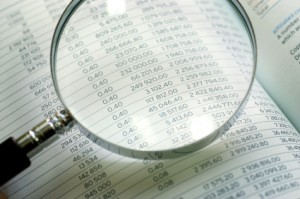 Accounts: failure to file reports on the rise

Law firms are facing an escalating level of accusations over financial misconduct, with claims on the Solicitors Compen-sation Fund also doubling in a year to £163m, figures from the Solicitors Regulation Authority (SRA) have revealed.

The SRA’s latest performance report said it had seen a 16% rise in allegations of financial conduct in the last quarter of 2010, compared to the previous quarter. These mainly related to breaches of the Solicitors Accounts Rules, and particularly failing to file or filing a late accountant’s report.

“This, coupled with an observed increase in [allegations of] debts/failure to pay may be indicative of the continued economic pressures being felt by solicitors and firms,” the report said. Debt/failure to pay allegations rose by 30%.

However, there was positive news too. There was a drop in the number of allegations of fraud, dishonesty and money laundering, while the number of orders made by the Solicitors Disciplinary Tribunal in 2010 fell 13% to 353 (although within that was a small increase in strike-offs from 78 to 84). The number of interventions also fell, from 97 in 2009 to 64 in 2010, with suspected dishonesty a less common factor than before as well.

However, overall the number of interventions has risen in the last two years and this has contributed to the compensation fund currently carrying £163m of open claims, compared to £82m a year ago. Payments made from the fund last year were 31% of the amount claimed.

As well as a higher number of claims under investigation the report said there has also been an increase in the average claim amount (nearly £25,000 in the third quarter). While most claims are for general client money, there was a spike in claims over experts’ fees in the last quarter of 2010.