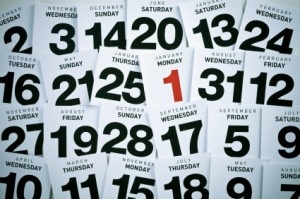 Day one: end of 1 October renewal will give insurers time to examine firms more closely

Law firms’ anti-risk measures are likely to be probed more thoroughly by insurers if the common professional indemnity insurance (PII) renewal date is abolished, according to a leading industry insider.

The warning, by Colin Taylor, head of risk management at independent insurance brokers Prime Risk Solutions, was made at Managing Partner magazine’s recent risk management for law firms conference in London. The proposal to move to rolling renewals was made by the Solicitors Regulation Authority (SRA) last week.

Mr Taylor also revealed in detail a number of “creative accounting” techniques used by insurers to reduce their exposure to the assigned risks pool (ARP) by declaring premiums that may be £60m less than actually received.

Removing the current fixed 1 October compulsory insurance renewal date will give insurers more time to scrutinise the risk of underwriting firms, said Mr Taylor: “If they have more time, they are going to want to know more; they’ll have more time to pick through your risk management.”

He added that the extra focus on risk would enhance the insurance industry’s role as alternative regulators of the solicitors’ profession: “I think at the moment [insurers] are still high on the list of people who are actually regulating the profession.”

He advised firms to “properly project manage” their renewals. Firms should plan for the possibility of an insurer exiting the marketplace, build relationships with insurers and work to convince insurers of the firm’s seriousness about managing risk. “I think you need to redouble your efforts on presenting risk management. The biggest challenge to you over the next 12 months is establishing with your insurer what your firm’s culture is.”

On the ARP, Mr Taylor outlined the structured policies put in place that are believed to be largely responsible for a £60m “premium gap” between the value of premiums declared by insurers and the actual total they received. They are currently the subject of an audit by the SRA. The cost of the ARP is shared between insurers in proportion to their percentage of the annual premium take for the initial compulsory layer of cover

Mr Taylor said insurers had reacted strongly to deepening fears in 2008 that their exposure to the risk of claims against law firms was approaching catastrophic levels, which in the event did not materialise. A number of insurers left the PII field altogether and among those that remained, some resorted to “creative behaviour” to reduce their exposure.

This has altered the calculation of some insurers’ share of the cost of the ARP. In 2009 this layer totalled £246 million and in 2010 it is estimated to be around £213m. But the SRA believes the true amount paid to be closer to £260 million. Mr Taylor estimates that “the real premium pot” is nearer to £275 million.

Techniques adopted to obscure the true cost of the compulsory layer of cover include “loading”, “flipping” and in-filling, said Mr Taylor. Loading is essentially shifting the bulk of the policy’s cover away from the first layer of pricing, which is “away from the premium that they’ve got to declare to the SRA”.

Flipping is the practice of moving the expensive minimum terms and conditions cover to the top layer, which in a typical policy might have the effect of cutting the cost of cover visible to the SRA from £450,000 to £20,000. In-filling is ramping up the policy’s excess to the point where minimum cover is extremely low and then taking out a separate “deductible infill policy” to insure the excess.

In each of these cases there is the potential for firms to enjoy somewhat lower premiums than under traditional pricing models, because the insurer itself has the benefit of reduced exposure to the ARP and therefore lower overheads. While not specifically barred, most insurers feel the practice is against “the spirit of the qualifying insurers premium”, said Mr Taylor.

In its consultation paper, the SRA has also made clear its disapproval of the techniques: “It is important to recognise that as well as this causing unnecessary costs in total, this is to the relative disadvantage of those insurers and firms that do not try to subvert the intention of the current requirements,” it said.