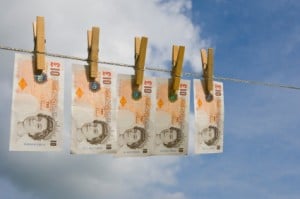 Compliance with “disproportionate” anti-money laundering rules costs the largest law firms as much as £1.3m each a year, the Law Society has claimed.

Responding to a Treasury consultation, the society backed the option of abolishing all criminal sanctions under the 2007 Money Laundering Regulations, which it said would reinforce the risk-based approach they otherwise encourage.

It argued that removing criminal sanctions will not reduce compliance because the current situation – where legitimate businesses that inadvertently breach the regulations can be treated the same as drug dealers – means “most regulated persons and supervisors are not making suspicious activity reports to [the Serious Organised Crime Agency] about breaches of the regulations, because the result is so egregious”.

This defeats the main aim of the regulations, “which is to help regulated persons protect themselves and the UK’s financial system from actual money launderers”.

The society said: “The reality is that the people who may end up committing these offences are not the drug dealers, fraudsters or the human traffickers, but rather the bank clerk, the local accountant, the estate agent and the high street solicitor, all of whom are simply trying to conduct legitimate business”.

It pointed out that other legislation provides for sentences of up to 14 years for the actual money laundering offence, and that the risk of a further two years’ jail for breaching the regulations is unlikely to encourage wrongdoers “to abandon all criminal activity”.

Equally the absence of criminal sanctions would not remove the need to comply, the society insisted. The risk of becoming involved in substantive money laundering, “because [firms] may fail to spot criminals seeking to use them for illicit purposes”, and regulatory sanctions from regulators should be enough to promote compliance, it argued.