Crisis? What crisis? Solicitors pay out 15% less for PII – but huge leap in uninsured firms 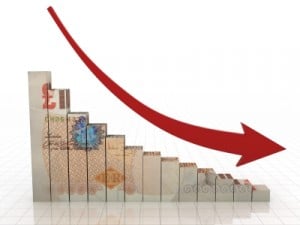 After all the predictions of solicitors’ professional indemnity insurance (PII) premiums going through the roof, figures from the Solicitors Regulation Authority show a 15% fall across the profession for 2010/11, back to pre-recession levels. However, there has been a massive 57% jump in the number of firms in the assigned risks pool (ARP).

There will be speculation that some of the fall is down to law firms closing because of the quotes they received for PII, while a massive rise in the number of firms unable to find insurance and so falling into the ARP will also have contributed.

The 30 days that firms without insurance had to secure and backdate cover has now passed with 337 firms still in the ARP(down from 383 last week). Before renewal there were around 214 firms in the pool.

Insurers’ contribution to the costs of the assigned risks pool is based directly on their market shares.

Last year’s market leader Chartis (formerly AIG) increased its market share to 18.1%, with last year’s two big entrants, Hannover and XL, hurtling up into second and third place with 14.4% and 13.3% respectively. Zurich maintained its share at 12.9% but Travelers fell to 11%.

NB This story was revised after originally posting when updated figures on the number of firms in the ARP were received.