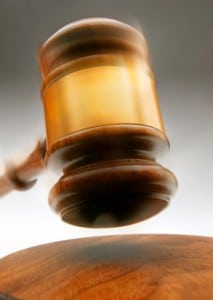 Guilty: but by what standard of proof?

Regulators of alternative business structures (ABSs) could expose consumers to risk if they demand an overly high standard of proof in disciplinary hearings, the Legal Services Consumer Panel (LSCP) has warned.

The panel also raised a concern that ABSs would flock to a regulator operating the criminal standard, in the expectation it would be a softer touch.

The claims followed the Council for Licensed Conveyancers’ (CLC) application to become an ABS licensing authority, in which it said it would continue to use the criminal standard of proof in serious cases, such as those alleging dishonesty. The CLC rebuffed a LSCP suggestion that it rethink the policy.

Meanwhile, the Bar Standards Board (BSB) has announced that in May it is to consider a switch to a civil standard of proof in disciplinary matters. If it does so, the move would leave the CLC isolated among frontline regulators of legal services.

The BSB review will examine switching to the civil standard of proof. Its board was told recently that this was necessary “given that most other regulators apply [this] standard”.

In its response to the CLC’s ABS licensing application – which the LSCP supports – the panel complained it was both “surprised” and “disappointed” at the conveyancers’ determination to require proof beyond reasonable doubt. It revealed the CLC had responded to “informal enquiries” from the panel with a position paper reaffirming its commitment to keeping a higher standard of proof in serious misconduct cases.

The LSCP said the civil standard of proof should be applied in all disciplinary hearings: “The underlying purpose of disciplinary proceedings is public protection, which could be frustrated if a licensing authority is unable to take action, or is unsuccessful in so doing, because the evidentiary burden is disproportionate.”

Prosecutions requiring proof beyond reasonable doubt would be “longer and costlier”, the panel said, adding: “A failure to enforce rules could leave consumers at continued risk of detriment and undermine public confidence in the regulatory system.”

The LSCP pointed out that ILEX Professional Standards requires its hearings to meet the balance of probabilities test, as does the Solicitors Regulation Authority (SRA) in cases where it exercises its new powers to sanction solicitors – plus the BSB is to consider following suit. The panel highlighted the fact that the civil standard is widely used across the medical, teaching and accountancy professions.

It argued that inconsistencies between regulators will be exploited by ABSs: “There is a risk that licensable bodies will be attracted to the regime which makes it harder for the licensing authority to take disciplinary action,” it said.

The issue of the level of proof in disciplinary matters has proved tricky for regulators. The debate has tended to split along the lines of consumer advocates seeking a lesser burden of proof, while regulated professionals insist reputational damage should be allowed only after a higher test of proof is met.

An SRA attempt to adopt the civil standard was initially rejected in 2009 by the Lord Chancellor and the Master of the Rolls. The Solicitors Disciplinary Tribunal continues to use the criminal standard, and there are continuing concerns about what will happen if solicitors appeal SRA sanctions to the tribunal, given the differing standards of proof between the two.