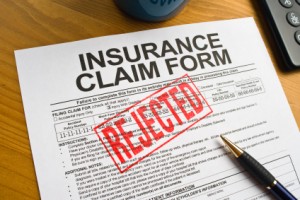 The Solicitors Regulation Authority (SRA) should investigate the practice of panels of solicitors taking cases from before-the-event (BTE) legal expenses insurers on a conditional fee basis after paying referral fees, a consumer watchdog has argued.

The report also called for BTE insurance policies to allow for choice of solicitor, independent initial merits assessments and appeals against insurers’ decisions.

In a report critical of the way BTE insurance operates – In case of emergency: Consumer analysis of legal expenses insurance – the statutory consumer body, Consumer Focus, advocates reform of the sector.

Deficiencies identified by the report’s author, Lola Bello, include duplication, “a very worrying lack of transparency”, and low product knowledge among consumers. Although around six out of ten people in the UK have BTE cover, 43% of consumers surveyed for the report knew little or nothing about legal expenses insurance.

Consumer Focus called for regulatory scrutiny of the practice of insurers’ panel firms taking cases on a conditional fee basis – meaning that insurers are profiting from referral fees without taking any risk.

The SRA, together with the Financial Services Authority, should investigate its extent and discover whether parties to a dispute are told, and whether referral fees paid by panel lawyers are disclosed to the insured, it advised.

A key concern highlighted in the report is the inability of most policyholders to choose their own solicitors before proceedings are issued, which it described as a “restrictive practice” engaged in by all but one of the 22 insurers surveyed. At the same time, many respondents to the survey said they would struggle to nominate their own solicitor as they no longer have “family solicitors”.

The lack of freedom of choice “raises a number of concerns, not least, the conflict of interest as to who, in reality, a solicitor is acting for – the consumer or the insurer – especially when solicitors are also paying insurers referral fees for cases”.

The watchdog was also “concerned to learn that some insurance companies employ in-house solicitors to assess the merit of a case at this very initial stage, without consumers having recourse to an independent appeal should their case be declared unmeritorious”.

It cited approvingly the example of Germany – a country with a well-developed BTE insurance market – where regulations stipulate that evaluation of merits must not be carried out by in-house lawyers, in order to “guard against issues around conflict of interest”. Ideally consumers should be allowed to choose their solicitors, the report says, but “at the very least we wish to see a degree of independence in the initial assessment”.

In response to recent suggestions made in the Jackson and Young reports and by the Ministry of Justice that BTE insurance should be promoted, the watchdog argued that while it was not a substitute for legal aid, it could help improve access to justice.

It claimed the current BTE market has two inherent weaknesses: that BTE insurance offers limited protection and that poorer people, who need it the most, are least likely to purchase it. “A [BTE] market which purports to bridge the legal aid gap needs to function effectively and be available to wide spectrum of people, including those who are vulnerable and less likely to take out insurance,” it said.

Another problem with BTE insurance is widespread confusion among consumers over the levels of cover they have purchased, the report said, although focus groups showed most were happy with the low cost of premiums. One cause of uncertainty is the fact BTE insurance is often bundled with motor and household policies, it suggested. It also found a big variation in the type of legal work covered.

Consumer satisfaction is high among those who have successfully claimed under legal expenses insurance, the report found; 64% were either satisfied or very satisfied, with just 10% dissatisfied.

The report recommended the Association of British Insurers should work hard to clarify confusion surrounding such matters as the level of BTE cover offered, the areas of dispute covered, and transparency over terms and conditions.

Concluding, it said: “We would like to see increased promotion, consumer knowledge and take-up of BTE [insurance]. Although not an alternative to legal aid, we believe that the market has the potential to offer consumers a good product at reasonable cost.”

In a further blow to BTE insurers, the High Court ruled recently that they could not fetter the insured’s choice of lawyer once proceedings have begun. In Pine v DAS Legal Expenses Insurance Company Limited [2011] EWHC 658 (QB), the court said the Insurance Companies (Legal Expenses Insurance) Regulations 1990 did not enable the insurer to include provision in the policy to reject the insured’s choice of lawyer “in exceptional circumstances”.