Consumer panel: conveyancers should have more freedom to act for both buyer and seller 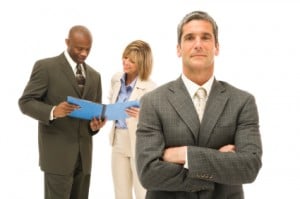 Three and easy: having a solicitor acting for both sides in a property sale can help, says panel

Convey-ancers should be allowed to act for both seller and buyer far more regularly than is currently permitted, the Legal Services Consumer Panel has said.

In its response to the Solicitors Regulation Authority’s (SRA) consultation on the new Handbook, it said the detailed rules on conflicts of interest in conveyancing should be removed, leaving the general conflict rule in place while adding safeguards to ensure lawyers understand their responsibilities and deliver informed consumer choice.

“Allowing one solicitor to act for both sides could minimise inconvenience caused by exchanges of correspondence and reduce avoidable cost. Licensed conveyancers have long been permitted to act for both sides, apparently without problem, so this experience should provide useful learning,” the panel said.

The Handbook consultation offers three options for the way forward on conflicts generally, and the panel supported the SRA’s preferred middle option of allowing firms to act where there is a non-substantive client conflict of interests, and subject to certain conditions, such as obtaining each client’s informed consent.

The panel said that the combination of this rule with the removal of detailed provisions on conveyancing “would appear to provide greater flexibility for solicitors to act for both sides when a conflict is not present”.

However, it said the SRA’s decision should be evidence-based and that it should research whether such a change would have public confidence, and what information consumers would value as help in making an informed choice. Another important source of evidence would be the frequency of instances where a sale has fallen through as a result of issues discovered by a conveyance, “as this could be one indicator of the frequency of conflicts occurring”.

Elsewhere in the response, the panel said that non-optional disbursements should be presented to clients from the outset and included in the advertised price. “The Legal Complaints Service told us a historic source of complaints was the final conveyancing price being much higher than the original quote due to additional unexpected costs. Legal services can be expensive so it is important that consumers have a good idea of the final price before committing to proceed.

“Furthermore, it is important there is a level playing field so solicitors compete on price on equal terms and do not seek to hide non-optional costs. There are clear parallels with the airline sector, where the authorities have acted to ensure that compulsory additional charges, such as airport taxes, are included in the advertised price.”