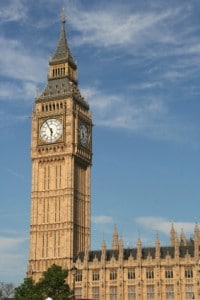 The Law Society is preparing for a government push to make law firms which engage in lobbying work breach confidentiality by making them disclose details of their clients.

The society has set up a working party under the chairmanship of vice-president John Wootton, and is holding a meeting of senior practitioners this month as it seeks to establish its policy position.

The Coalition agreement stated that it intended to regulate lobbying through introducing a statutory register of lobbyists and “ensuring greater transparency”. Last month, Deputy Prime Minister Nick Clegg confirmed that legislation will be introduced in 2011. A consultation is expected shortly.

In his report to next week’s Law Society council meeting, chief executive Des Hudson said the register “is likely to include an element of client disclosure”.

Before the election, Francis Maude – who is now the Cabinet Office minister – said the Tories would demand greater transparency from law firms with lobbying arms. “The Solicitors Code of Conduct should also be amended so solicitors’ firms who engage in public affairs work can disclose their lobbying clients without breaching that code,” he said.

Mr Hudson’s report said: “There are a number of potential issues for firms who carry out public affairs and lobbying work as part of their wider client offering.”

Last year the public administration select committee recommended a statutory register but the previous government decided to go with a voluntary register.

Following the committee’s report, three trade bodies – the Chartered Institute of Public Relations, the Association of Professional Political Consultants and the Public Relations Consultants Association – last month formed an umbrella group called the UK Public Affairs Council (UKPAC). An independent body established to monitor and maintain professional standards in the public affairs sector, members of each body are required to sign up to it as a condition of membership. They have to disclose details of their lobbying clients.

Lawyers are treated as in-house practitioners for the purpose of UKPAC registration and so do not need to list their clients. The chairwoman of UKPAC is Elizabeth France, who also chairs the Office for Legal Complaints, which oversees the Legal Ombudsman.

The debate mirrors one that has been going on for some time in Europe as part of the European Commission’s transparency initiative.