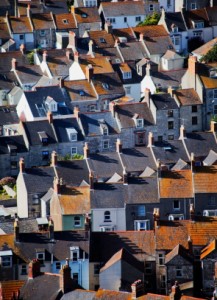 Conveyancing: title insurance is a "win-win"

The Council of Mortgage Lenders (CML) is investigating the case for making title insurance compulsory for all conveyancing transactions, it has emerged, as a Law Society committee said it should be looked at as a way to reduce solicitors’ professional indemnity insurance (PII) premiums.

The regulatory processes committee (RPC) is liaising with the society’s indemnity insurance sub-group, as well as the CML, to investigate the idea further. A CML spokeswoman told Legal Futures that it is currently considering the industry position “as interest in this as a proposition has increased recently”.

She pointed out that title insurance is used extensively in the US. “Title insurance is likely to be attractive to lenders, and there are those who argue that it would speed up the conveyancing process. However, title Insurance does not come without a cost (ie, the premium) – so the question is who would bear that cost?”

The spokeswoman also pointed to the Solicitors Regulation Authority’s “root and branch” review of PII arrangements but financial protection committee chairman Mark Humphries told Legal Futures that title insurance is not currently within the scope of the review.

At its meeting in July, RPC members discussed the possibility of offering consumers no-fault insurance in relation to conveyancing and title issues, covering all issues including – but not limited to – solicitor error, either as an optional form of cover or to be included in a firm’s standard terms of business.

There were concerns that this could raise a conflicts issue, because solicitors would be pushing a product in order to shift their own costs; an individual policy purchased by clients in all conveyancing transactions would be likely to result in a major reduction in PII premiums.

However, members also appreciated the potential for insurance cover with a wide, no-fault scope, covering circumstances beyond solicitor error, and which was not simply shifting the costs of current insured risk to clients. Such a product could offer consumers added value and had the potential to ease financial pressure on small firms, the committee said.

RPC chairman Andrew Hopper QC told Legal Futures that though this was not an issue for his committee to lead on, “it is worth having the debate”.

The Law Society has historically been quite hostile to the widespread use of title insurance, although it now has an affinity deal with First Title Insurance.

Chris Taylor, chief executive of leading title insurer London & European, said making title insurance compulsory would be “a win-win for all concerned”. He explained: “Firstly, there’s no doubt that it should receive a positive reaction from insurers with regards to PII policies. As long as a solicitor met the underwriting criteria, then there is no reason why a title insurer should deny paying out a claim – giving lenders a guarantee that their investment was secure.”

Mr Taylor said meeting the underwriting criteria is “straightforward”, and that “title insurance pays out quicker than PII”. Though the consumer is paying for a policy that benefits the solicitor and lender, he said they too get the benefit of being able to claim should the unexpected happen, such as disputes with neighbours over boundaries or rights of access. “In my view, this outweighs the conflict argument,” he said.