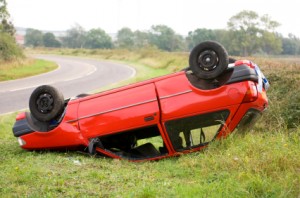 A car accident claims manager has revealed its intention to become an alternative business structure (ABS), Legal Futures can report.

Hampshire-based Vamco, which specialises in repair management and credit hire, is planning to take over a branch office of Nesbit Law Group, which is currently located in the same building under the name Kingsley Law.

Vamco’s managing director and founder, Tony Rand, said taking a legal function in-house offered the company “potentially enormous” benefits, such as improved profitability from running litigation for clients, and being able to offer intermediaries and end-users a “truly seamless service”.

Vamco’s business model does not rely on referral fees, most of which go to intermediaries, Mr Rand said.

Vamco is currently taking part in the Solicitors Regulation Authority’s pilot of the ABS application process, the experience of which Mr Rand hoped would allow the company to “morph into an ABS fairly easily”.

He said he had volunteered because he was concerned that it is usually larger organisations which get involved in such pilots, which could have led to an application process that is “inappropriate for small businesses”.

Mr Rand explained that he started down this road after becoming dissatisfied with his former panel arrangement. Having the co-located Nesbit branch to which Vamco sends all of its legal work has led to an “immeasurable” improvement in communication, he said.

The current arrangement, however, sticks rigorously to the SRA’s rules and ensures Kingsley Law is an entirely separate entity from Vamco. The firm has a separate building entrance and work from sources other than Vamco. Alan Nesbit, the owner of Bury-based Nesbit Law Group, emphasised to Legal Futures that Kingsley Law is very much his branch office.

Given the SRA’s restrictions on what deals can be struck prior to ABSs becoming legal on 6 October, he said there is no formal agreement in place with Vamco, although the prospect of it taking on the practice is “something we’ve built towards”.

Vamco has been in business for around 15 years and employs 10 people, making it a good size by the standards of many small CMCs, although small in comparison to the bigger players. Mr Nesbit – who is also chairman of the Association of Regulated Claims Management Companies – predicted that the larger and sharper CMCs would look to set up ABSs because of the extra profit they can make out of doing cases themselves.

They may need still to send out cases for the first 12-18 months, however, as the referral fees would provide cash flow, he added.