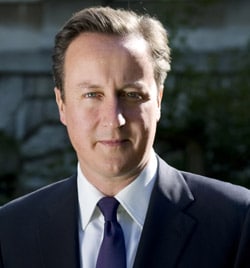 Cameron: lawyers only too willing to pounce with a claim for damages on the slightest pretext

The Prime Minister today attacked lawyers for helping to create a compensation culture and promised to “curtail the promotional activities” of claims management companies.

Among the other solutions which the government is to investigate is a road traffic-style claims process for all low-value personal injury (PI) claims, including clinical negligence, while the Jackson report has received strong support too.

In a foreword to Lord Young’s long-awaited report on health and safety, David Cameron said “a damaging compensation culture has arisen, as if people can absolve themselves from any personal responsibility for their own actions, with the spectre of lawyers only too willing to pounce with a claim for damages on the slightest pretext”.

Lord Young’s report, entitled Common Sense, Common Safety, places “a ‘compensation culture’ driven by litigation… at the heart of the problems that so beset health and safety today”. At the same time, the former Conservative Cabinet minister and one-time solicitor acknowledges that the compensation culture is a problem of perception, rather than reality.

He has written to the claims management regulator, the Solicitors Regulation Authority and the Advertising Standards Authority to ask them to review and tighten up their rules so that advertising for personal injury claims is more socially responsible. He was particularly exercised by advertisements offering up-front payments once a claim is accepted. “I consider this to be a high pressure sales technique if ever there was one, something which the current regulations strictly prohibit,” he said.

He added: “I am in no doubt that the payment of referral fees and the accompanying culture that sees claimants rewarded before the legal process has even begun creates a climate in which businesses, the public sector and even voluntary and charity organisations fear litigation for the smallest of accidents, and then manage risk in accordance with this fear.”

Mr Cameron said he hoped the Young review “can be a turning point” and threw the government’s full support behind it. He revealed that Lord Young will remain as his adviser on these issues, working “with departments and all those with an interest in seeing his recommendations put into effect”.

A Ministry of Justice Green Paper on implementing aspects of the Jackson report is to be published at some point this autumn following the statement in July by minister Jonathan Djanogly (see story).

Legal Futures will update this story later in the day with reactions from key industry players.