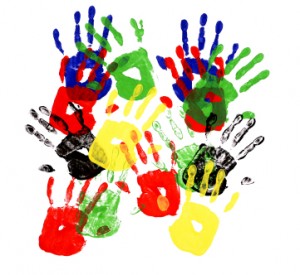 Equality: concerns at progress among both solicitors and barristers

Concerns over a worsening diversity picture at the Bar have prompted the Bar Standards Board (BSB) to consider making aspects of its guidelines on diversity mandatory.

If the BSB’s proposals are adopted, a failure to meet equality provisions including parental leave, recruitment and monitoring will be considered a breach of the code.

A BSB consultation issued last week follows a decline in the number of female pupils and evidence that minority ethnic barristers continue to be under-represented at the highest levels.

The news came as research published by the Law Society showed that significant obstacles still face women and ethnic minorities in accessing the upper reaches of the solicitors’ profession.

The moves also coincide with Legal Services Board efforts to require all legal businesses within its purview to publish information about the diversity of their staff.

The BSB explained that its proposed rule change as necessary in part to update the existing equality and diversity code, in light of recent equality legislation.

But it also reflects the fact that several indicators reveal a worsening diversity picture. The proportion of female pupils has declined from 50% in 2006-07 to 41% in 2008-09. Women are between two and three times more likely to have probationary, squatter or pupil status than men. White male barristers are twice as likely to make silk as men from a black and minority ethnic background, and nine times as likely as BME women. Women barristers are disproportionately represented in family and criminal practice, where earnings are relatively low.

Even where the Bar’s code of conduct already has mandatory diversity provisions, such as an obligation for chambers to have at least one equal opportunities officer, a 2009 monitoring study found widespread non-compliance.

Sally Hawkins, chairwoman of the BSB’s equality and diversity committee, said: “We want to update our rules and guidance to reflect changes in the law and to strengthen equality and diversity practices across the Bar… Whilst we believe that these changes are necessary, we would like their implementation to be practical.”

Results of three Law Society surveys, of women, BMEs and lesbians, gays and bisexuals (LGB), show that efforts to improve diversity in the solicitors’ profession also have some way to go.

The survey of women solicitors, conducted in March, found a raft of barriers to their retention and advancement. Problem areas which serve to entrench the position of men in the legal sector include firms’ organisational culture, outdated perceptions of women, resitance to flexible working and perceptions about client expectations, it said. Researchers heard that women achieving partner status were often thought to have sacrificed personal and family relationships, leading to more women pursuing in-house or public sector positions to improve their work-life balance.

Findings of the BME survey show that BME solicitors overwhelmingly end up in personal injury, immigration and family specialisms, often in high street practices. Respondents themselves put this down to such things as a lack of information before qualifying as a solicitor, discrimination and the necessity of obtaining a training contract. The society said the survey “highlighted a need for better information prior to qualifying as a solicitor to enable those interested in being a lawyer to understand the ‘hidden’ criteria, such as activities outside of formal education which employers find attractive and to understand the importance of choosing a specialism”.

The LGB survey found an improvement in confidence among young people in the legal profession about openly expressing their sexuality. But it also discovered “a large number of unpleasant and disturbing experiences of discrimination”. Its authors concluded that organisations should “do more to foster positive working environments in which personal attributes irrelevant to work do not inhibit or hinder their employees” and consider “the damage it could do to their commercial success”.

In a separate development, the Law Society’s management board will hear this week that it has been a “challenge” to ensure that all 486 council and committee members undertake online equality and diversity training, “and there are concerns that this may affect the effective implementation of equality impact assessments”.

Figures provided to the board show that 60% of members had not completed the ‘Equality and diversity essentials’ course and 75% the ‘Exploring equality and diversity’ course, despite reminders and the training qualifying for CPD points. A paper going to the board says there are “great efforts” to make it as easy as possible for members to take part in the training by providing computers that can be used before or after meetings held at Chancery Lane. “We hope to be able to report high levels of participation by the end of the year.”

The paper says that additional face-to-face training to address unconscious personal bias is likely to be rolled out next year.