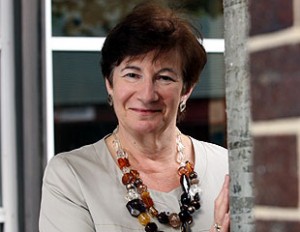 Deech: referral fees not acceptable in any guise

The Bar’s regulator has blasted the Legal Services Board (LSB) for not doing enough to avoid the risk of abuse by solicitors of lawyer-to-lawyer referrals – and warned that they may fall foul of the 2010 Bribery Act.

In a submission to the LSB, approved last night, the Bar Standards Board (BSB) said factual disclosure of the arrangement, and referrals to lawyers who are “competent and nothing more” – as proposed by the LSB in its recent discussion paper – are insufficient to manage “the conflicts of interest and potential for bias created by financial and other inducements between lawyers”.

It also argued that the LSB cannot safely assume there is “no systematic customer detriment arising from lawyer-to-lawyer referrals”. Monitoring by regulators will not be able to close off the risks, the BSB said.

In her covering letter to LSB chief executive Chris Kenny, chairwoman Baroness Deech complained that lawyer-to-lawyer referrals were being “overshadowed to an unacceptable extent by the focus on referral fees paid by lawyers to non-lawyers”. She pointed to the miners’ compensation scandal, saying: “Given that solicitors were party to the mischief in such cases, we see no grounds for assuming that lawyer-to-lawyer business will not be subject to similar abuse unless forestalled effectively by regulatory action.”

The response said that the BSB did not accept the logic of the argument that making customers aware that a provider is being recommended in return for a fee or other consideration “will thereby equip them to make an informed decision about who is best to assist them with their particular needs”. It added that referral to a lawyer who is “competent” does not necessarily mean that person is best placed to act in the client’s best interests.

The BSB said there was a risk that an arrangement or understanding between a referring and recipient lawyer might be regarded under the Bribery Act as constituting a “‘financial or other advantage’ offered, promised or given to the referring lawyer as an inducement to that lawyer not to act impartially or act in good faith, in breach of the referring lawyer’s regulatory requirements”.

The response continued: “It seems to us that payments in cash or in kind by one lawyer to another, who owes a fiduciary duty to his client, are calculated to influence that lawyer’s decision making on behalf of his client, and so may well be such an ‘inducement’.”

Baroness Deech told the board meeting that she had concluded that “referral fees are bad in any guise”.

Her letter to Mr Kenny also said she was concerned that the Legal Services Consumer Panel – which recommended the course of not banning referral fees but improving transparency to the LSB – did not disclose “relevant conflicts of interest” when making its report. Speaking in Parliament last month, she explained: “Given that half of the consumer panel is made up of members of the Labour Party, the perception may be there – it is possible to make the criticism – that it could be influenced by the unwillingness of the party to give up a potential source of income from the firm of solicitors that acts on its behalf in personal injury cases.”