Advocacy training for solicitors is “not fit for purpose”, leaked report claims 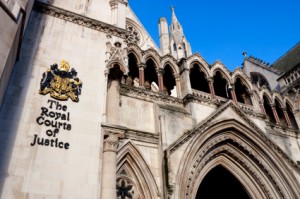 The regime for training and supporting solicitor-advocates is not fit for purpose, a major Law Society report leaked to Legal Futures has claimed.

The report by Nick Smedley sets out a comprehensive new approach to advocacy, including a full-time course of two to six months for solicitors who want to gain higher rights, and creation of an Academy for Solicitor Advocates. Practitioners with higher rights would have a title such as “Fellow of the Solicitor Advocate Academy”.

Expressing concern about the adequacy of advocacy training for newly qualified solicitors too, and so the exercise of rights of audience in the lower courts, Mr Smedley calls for advocacy to be given a “more central role” in both the legal practice course and the professional skills course/training contract.

While recognising that the Law Society has to decide whether advocacy is of sufficient priority to invest the necessary resources, and that many solicitor-advocates are of high quality, he says the need for action to improve standards is “pressing”. Without reform, “solicitor-advocates will continue to be viewed by many influential parties in the court system as second-class citizens” and it will be “hard to refute the criticisms levelled at solicitor-advocates, by the Bar and others”.

Among the 45 people he interviewed for the report were the Lord Chief Justice, Lord Judge, Legal Services Board chief executive Chris Kenny, Bar Council chairman Nick Green QC, and Lord Justice Etherton, president of the council of the Inns of Court. The Solicitors Regulation Authority controls rights of audience.

Respondents to a survey of solicitor-advocates conducted to inform the review sent a clear message that the current advocacy training provision is “failing” solicitor-advocates, Mr Smedley reported. His research backed this up. “My conclusions about the sufficiency of training and other support for HCAs and indeed for solicitors at the point of admission is that the current arrangements are not fit for purpose,” he writes. “The quality and quantity of training is inadequate to set and maintain standards.”

He criticises the Solicitors Regulation Authority’s move away from mandatory training for those seeking higher rights, and says not requiring experience in the lower courts is “flawed”. Mr Smedley says: “The Law Society should take immediate steps to introduce a far more robust approach to advocacy training, as well as the introduction of significantly enhanced post-qualification CPD and other developmental support for HCAs [higher court advocates].”

As part of the new accreditation scheme – which would include the dedicated training period, ending with an assessment – he says candidates should be required to shadow an experienced advocate as well as a judge. He recommends a full-time course so that HCA training follows more closely the model of the bar professional training course.

For three years after gaining higher rights, solicitor-advocates would be on probation, Mr Smedley says. During this time they would be matched to a mentor, keep a portfolio of their work for periodic assessment, and be observed first-hand in court by recently retired judges and advocates. There would be mandatory CPD training in advocacy skills.

Law Society president Linda Lee said: “The Law Society commissioned this research to investigate what additional help could be offered in the training of solicitor-advocates. Nick Smedley provided a draft report that is now being considered internally. The Law Society is committed to assisting solicitor-advocates in the market by helping them achieve the highest standards. We hope to make further announcements of our work in the New Year.”