£150m limit for fines against ABSs is not high enough, says SRA 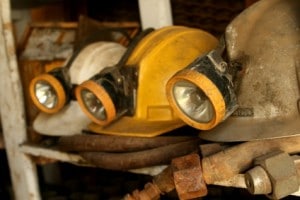 The miners’ comp-ensation scandal shows that a maximum fine of £150m for misconduct or non-compliance by alternative business structures (ABSs) is too low, the Solicitors Regulation Authority has warned.

While £150m would serve as a “significant deterrent”, the SRA said that with new entrants set to enter the legal market after 6 October, it was “perhaps dangerous to rely too heavily upon turnover figures in the current market to assess appropriate fining powers”.

The regulator pointed to academic research on regulatory sanctions that said a “sanction should aim to eliminate any financial gain or benefit from non-compliance [in order to] reduce the financial incentive for firms to engage in this type of behaviour”. The SRA said: “A cap of £150m could be too low to deal with a scandal equivalent to miners’ compensation, particularly if fewer firms gain contracts to carry out high-volume work. £1 billion was paid to 500 law firms in miners’ cases. A similar scheme in the future might involve a much smaller number of firms with consequential rewards being much higher.”

It concluded: “A higher figure would therefore be appropriate to ensure that a proportionate and consistent deterrent effect can be achieved regardless of future market developments.”

However, the SRA said the board’s proposed limit of £50m for individuals “would appear to be sufficient regardless of medium-term market developments”.

The response firmly supported the proposal to set a fixed maximum for fining ABSs rather than specifying a calculation based on turnover as it could be difficult to define exactly what constituted turnover for an ABS, such as when it is part of a larger organisation.

“Whilst the figures sound very high, the LSB is right to stress that the maximum is simply there to ensure that all potential scenarios can be dealt with proportionately and that there is a credible deterrent for all future market participants.” The Legal Services Act 2007 provides an appeal mechanism for fines levied against ABSs and the SRA argued that the various safeguards provided “are sufficiently robust”.