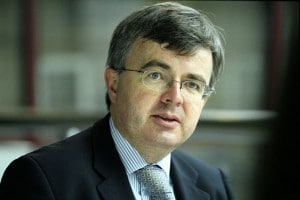 Solicitors are set to shoulder the vast majority of the Legal Services Board (LSB) and Legal Ombuds-man’s (LeO) £25m annual running costs for the next three years at least, it emerged today.

Under the Legal Services Act, these are levied on the profession and in a response to consultation published yesterday, the LSB confirmed that it would proceed with its plan to levy its own £5m costs on the basis of the number of authorised persons overseen by each approved regulator, and most of LeO’s £20m costs based on the number of complaints generated by each group.

As a result, solicitors will pay 81% of the LSB’s costs, barristers 11% and legal executives 5%, with the rest spread across the other five small regulators. Solicitors will be responsible for 95% of LeO’s costs payable under the levy, with barristers and licensed conveyancers the rest. LeO is planning to raise up to 10% of its costs through individual case fees while it assesses the impact case fees have on complaints behaviour.

Around half of respondents said they preferred a risk-based approach to calculating the LSB’s share of the levy, but they also recognised the difficulties in identifying and obtaining the appropriate data to measure the risk posed by each approved regulator. The LSB said it would revisit this as part of the fundamental review of how the levy is paid to which it has committed itself for 2013-14.

There was also concern at the plan initially to use historical complaints data to calculate LeO shares, but the LSB said that at the point the coming year’s levy would have to be set, it would only have three months’ data from LeO, which it felt would not be sufficiently robust. “This will be reviewed once the Legal Ombudsman has appropriate and robust data over an extended period of operation to consider,” the response said, and the figures would be revisited if they were out of kilter with LeO’s complaints experience.

Despite concerns raised by respondents on various other issues, such as arrangements if a regulator goes bust, the LSB did not deviate from its pre-consultation position on any of the questions on which it sought views.

There were just eight responses to the consultation, from the Law Society, Solicitors Regulation Authority, Bar Council, Institute of Legal Executives, Council for Licensed Conveyancers, Master of the Faculties (the regulator of notaries), Association of Chartered Certified Accountants and national law firm Irwin Mitchell.