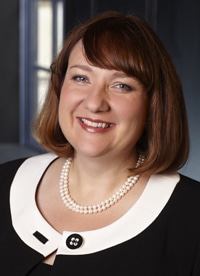 Lee: no evidence to show scheme is proportionate solution

The Law Society has launched what appears to be a last-ditch bid to persuade the Legal Services Board (LSB) to scrap the proposed scheme to assess the quality of criminal advocacy.

In a step-change in rhetoric, the society questioned the whole basis for the Quality Assurance Scheme for Advocates (QASA), complaining that no evidence had been supplied “to support the assertion that advocates are falling below the appropriate standards that would justify the scheme”.

It continued: “The Law Society is working on its own schemes to support solicitor advocates and enable them to progress to the highest levels. We would urge the Solicitors Regulation Authority (SRA) and the LSB to consider whether such schemes might not be a more proportionate approach.”

The QASA, which is proposed by the Joint Advocacy Group (JAG) – made up of the SRA, the Bar Standards Board and ILEX Professional Standards – is expected to be submitted to the LSB next month. The scheme was approved by the SRA’s board last week, although it raised concerns over judges’ attitudes towards solicitor-advocates [2]. The other two regulators have to approve it too.

The society, along with the Solicitors Association of Higher Court Advocates, has repeatedly voiced concerns about QASA’s over-reliance on judicial evaluation. In April a proposed assessment centre route was adopted to meet the concern.

But in a wide-ranging critique, the society this week highlighted the burdens the scheme would place on “already over-worked judges”, on relationships between advocates and assessor judges, and on criminal advocates who are “struggling financially on legal aid rates”.

Law Society president Linda Lee argued there was no “academic or other evidence” showing such a scheme to be “a proportionate solution to any problem” and called for it to be piloted “to identify whether the standards have been placed at the right level and whether judicial evaluation will work fairly and effectively”.

She contrasted the LSB’s apparent willingness to approve the scheme with its demand for “strong evidence” before acting in relation to prohibiting referral fees or regulating will-writers. The government’s better regulation principles required regulators to act only “on a factual basis”, she added.

Ms Lee continued: “Judges are not always going to be aware of the nature of the advocate’s instructions and their role is primarily to judge a case, not assess performance.

“We fear that this will cause advocates considerable difficulties in their relationship with the judges if they are assessing their performance. It will also put an additional burden on an already over worked judiciary.

“We are also concerned about the costs of the scheme. We have not seen what these are likely to be, but… we question whether this additional burden is appropriate at the present time.”