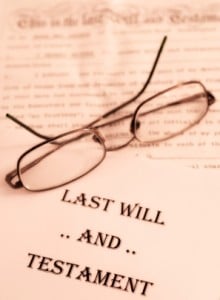 The Society of Will Writers (SWW) has become the second trade body to announce its bid to regulate the profession if required.

After the Legal Services Consumer Panel called for , the society said a system could be introduced “very quickly and cheaply with the profession bearing the bulk of the cost”.

The Institute of Professional Willwriters has already to regulate the sector if the Legal Services Board decides it is necessary following the panel’s advice.

The institute has around 200 firm members, while the SWW has 2,000 individual members. The panel identified these as the two main trade bodies out of several which operate in the sector, but that “it is unknown what proportion of will-writing companies belongs to neither”.

The SWW said it already has in place the infrastructure needed to support such a scheme “including well-established training and legal support systems, [and] a code of practice which its members are required to adhere to”.

It said the code was drafted in consultation with the Office of Fair Trading (OFT), Citizens Advice, Age Concern (now part of Age UK) and LACORS, the central body that oversees local authority regulatory and related services. The code is currently before the OFT for stage one approval under its consumer codes approval scheme – a process the IPW’s code passed last year, one of only 10 trade bodies that has so far done so.

The SWW said it is also supporting the introduction of regulation for will-writers in Scotland, “and looks forward to working with the Scottish Executive in the future in bringing their plans to fruition”.