Sampson: ABSs put pressure on LeO to determine boundaries of its jurisdiction 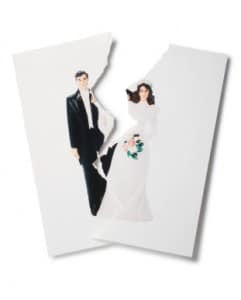 The Legal Ombudsman (LeO) service needs to work out the limits of its jurisdiction “and quickly”, as new business models emerge, chief ombudsman Adam Sampson has said.

Mr Sampson said that with the pace of legal services reform accelerating and the legal services market “rapidly moving away from a reliance on the high street solicitor” and towards new providers entering the market “with very different business models”, it is very important to consumers that LeO is clear about what is and is not within its jurisdiction.

He highlighted three recent complaints to illustrate the difficulties. In the first, a complainant was referred by a solicitor to a will-writing company of which he (the solicitor) was the director. The will was written by a lay individual, but the question was whether the solicitor’s role was sufficient to bring it within LeO’s ambit.

In the second, an Internet divorce company was the subject of the complaint; though staffed by lay people, it said on its website of that its work was reviewed by an independent panel of named solicitors. In the third, a firm offering conveyancing to English people wishing to buy or sell property in France spoke of its “dual qualified” staff. But these staff were not named and the website said the firm was not regulated by the Solicitors Regulation Authority (SRA).

Mr Sampson said: “All of these complaints seem worth looking into and all have been accepted into the scheme. However, in none of these cases is it unequivocably clear that the legal services concerned were being offered by a regulated individual or firm. We are continuing to dig into the circumstances surrounding them just to check that they do, indeed, fall within our jurisdiction. We are a new scheme and the edges of our powers have yet to be tested. No one yet knows where those edges are.”

More generally, Mr Sampson said the spread of cases is proving not dissimilar from what LeO expected after studying the work of its predecessor bodies, and that levels of demand are holding close to the 100,000 for which it planned (of which it only expects to accept about a fifth).

Meanwhile, the SRA has appointed the Independent Complaint Resolution (ICR) service as an independent reviewer to handle complaints about the service the authority provides. It will consider and respond to complaints that cannot be resolved internally and will have the power to carry out a review when necessary.

The ICR currently deals with complaints about Land Registry (which is where the service started), The National Archives, the Charity Commission, the Tenant Services Authority, the Homes and Communities Agency, the Audit Commission, the Children’s Commissioner for Wales and the Youth Justice Agency (Northern Ireland). The two reviewers, Jodi Berg and Elizabeth Derrington, are both solicitors.

SRA chief executive Antony Townsend said: “It’s essential that the SRA deals effectively and promptly with complaints about its services, and that members of the public and the profession have confidence that such complaints will be dealt with fairly and transparently. The appointment of an independent reviewer will help us achieve that.”