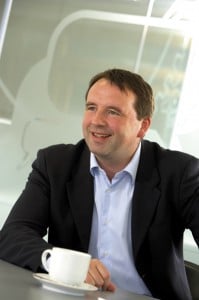 Legal Futures can reveal that Premier Property Lawyers (PPL) – one of the largest conveyancing businesses in the country – has today become the first ever alternative business structure (ABS) as the new regime finally gets underway.

The firm, which is the conveyancing arm of myhomemove, is the only one so far even to submit a formal application to become an ABS to the Council for Licensed Conveyancers (CLC), which from today can start issuing licenses.

The CLC has reported a further 20 “active enquiries”, some of which are from solicitors’ practices considering whether to change regulator, chief executive Victor Olowe revealed. He described the CLC’s regulatory approach as “proportionate but in a robust way”.

As first revealed on this website, delays in approving the Solicitors Regulation Authority’s bid to become a licensing authority mean it is likely to start accepting applications in December, and issuing licenses in January 2012.

Rob Gurney, a licensed conveyancer and chairman of PPL, has become the first head of legal practice required under the ABS regime, while senior manager Beverley Larkman is the first head of finance and administration.

Research earlier this year showed that myhomemove made more applications for transfer to the Land Registry than any other legal practice in 2010. Marketed directly and through estate agents, it claims 3% of the conveyancing market. About 350 people work for myhomemove in the UK and in India – where it has a captive outsourcing operation – including 130 fee-earners, of whom around 50 are licensed conveyancers, legal executives or solicitors.

Firms regulated by the CLC have been able to accept external investment for 10 years, and the 40-plus that have – including PPL – must become ABSs within a year. Director Kevin Smith told Legal Futures that it saw no reason to wait, while moving at once helped the CLC test the application process, which he described as “rigorous and time consuming”.

While becoming an ABS will not alter the way Leicester-based PPL operates, Mr Smith said it would put firms like PPL on a level playing field with traditional law firms.

He added: “Since setting out on the [application] process, there have been a few things we’ve had to challenge ourselves on that we didn’t expect”. Primary among these is ensuring that PPL can act independently of myhomemove, Mr Smith explained.

He said PPL has already been developing its practice in the way that the likes of Professor Richard Susskind envisage – such as process mapping and delawyering certain aspects – and said it is now working on the next stage of greater automation of the entire conveyancing process.

One aspect of its existing system is that when scanning documents, it searches for certain key phrases that trigger an automatic risk management e-mail to the head of legal practice.

Mr Smith concluded: “We believe that ABSs will, over time, transform the legal services market and we intend to be at the forefront of developments in this area. ABSs will inevitably lead to better funded and organised competition in the market, which will benefit consumers through better value, higher-quality conveyancing services.”

Mr Olowe said ABSs “allow for a more flexible model” as well as increased consumer choice through greater supplier diversity. The CLC’s business plan estimated it would receive 100 ABS applications in the first year, and Mr Olowe predicted that in five years’ time it would be regulating more than the 200 firms it does now.