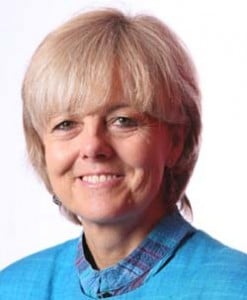 The Legal Ombudsman (LeO) today reopened the debate about whether the details of complaints against lawyers should be published, including their names, with a strong endorsement from the Legal Services Consumer Panel that they should.

In a discussion paper that seeks views on how it should approach the publication of complaints data, LeO says a naming policy could benefit consumers and lawyers, but that there could be unintended negative consequences too.

The benefits include extra help for consumers in choosing lawyers and highlighting best practice to lawyers. However, the paper says “we would not wish to discourage lawyers from signposting complainants to the ombudsman scheme or encourage them to settle baseless complaints because they fear the possible reputational consequences of them being identified in an ombudsman’s report…

“Another of our concerns is that identifying firms or lawyers may have a disproportionate impact on certain areas of the law that are likely to generate more complaints than other areas [such as immigration, mental health, family and criminal law], and on sole practitioners and barristers.”

Possible compromises floated by the paper include a threshold of complaints per year – it suggests three – below which a lawyer or firm would not be named, and only identifying lawyers and firms by name in relation to statistics only, meaning that case reports would be anonymous.

Other main issues identified by the paper are whether any information should be published at all (although LeO says it does not consider not publishing a viable option), the types of cases published, the level of decisions published and the form of publication.

Responding to the discussion paper, Dianne Hayter, chairwoman of the Legal Services Consumer Panel, said: “In this era of transparency, the presumption should be to favour disclosure in a market where consumers lack the information to choose suitable lawyers. The Consumer Panel strongly supports the identification of lawyers subject to ombudsman investigations; this must be done in a way that illuminates, rather than clouds, understanding.”

A review in the paper of how other ombudsman schemes deal with the issue reveals no clear consensus, with some publishing names and others keeping all details anonymous. The paper describes as “persuasive but not definitive” Solicitors Regulation Authority research indicating that additional information in the public domain that can help consumers become more sophisticated in their approach to engaging with legal services, should help improve standards across the profession for the benefit of everyone. “The key seems to be to find a way of giving sufficient contextual information about a case,” it said.

The Legal Complaints Service started down the road to publication but came up against strong opposition from the Law Society and eventually decided – with LeO looming – to leave it to the ombudsman. The LCS has shared with LeO the findings of its research in 2008, which found consumers in favour of publication for reasons of openness and transparency. “Interestingly, the research did not seem to indicate that consumers saw a clear practical use for this information in choosing a lawyer, though many stated it would be a contra-indicator.” LeO is now to commission its own independent research about the issue.

The deadline for responses to the paper is 23 December and there will be a second consultation next spring. Click here for the full discussion paper.